Tom Clancy’s Rainbow Six Vegas 2 marks lucky game number 7 in the series and allows players to customise their own member of rainbow squad known as Bishop. With events that run before, parallel and after the events of the past Rainbow Six Vegas title which followed Logan Keller this adventure serves as both a sequel and prequel to the strategic first person franchise. 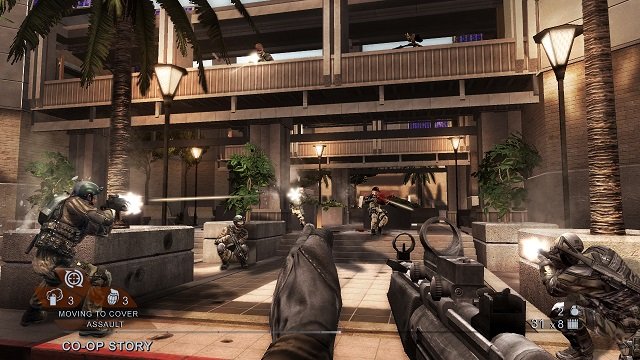 Not wasting anytime players join the plot after the vents of Raven Shield as a teammate of Logan Keller known as Bishop as they experience a botched hostage rescue in France which splits the team before flashing forward to a 2010 Las Vegas where Bishop commands a new team of highly trained operatives. Based almost exclusively in the New Vegas area players follow two suspect brothers from the Cabreros family who are suspected of chemical weapon smuggling for a planned attack on the city.

Serving as a first for the franchise you’ll find ample main character customisation which allows you to customise the face of Bishop rather than being limited to a predefined visual setup. While Bishop is your main protagonist in Vegas 2 he’ll be joined by Knight when playing in the co-operative game mode who has similar customisation options. 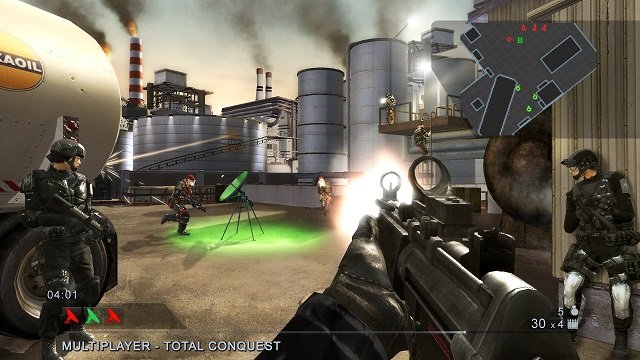 While most players will opt for the campaign to experience the story elements of Vegas 2 which the franchise has always focused on the game also offers a modified version of Terrorist Hunt where you’ll fight against waves of enemies in randomised maps alone, with friends or with AI friendlies.

Gameplay also stays fairly close to accepted norms of the franchise with Tom Clancy’s Rainbow Six Vegas 2 played primarily from a first person perspective although switches into a third person view when taking cover. Those that have played past titles will understand the importance of cover which is vital to character survival and general tactical gameplay which revolves around supressing fire, grenades and moving between cover as one would in a realistic combat setting. 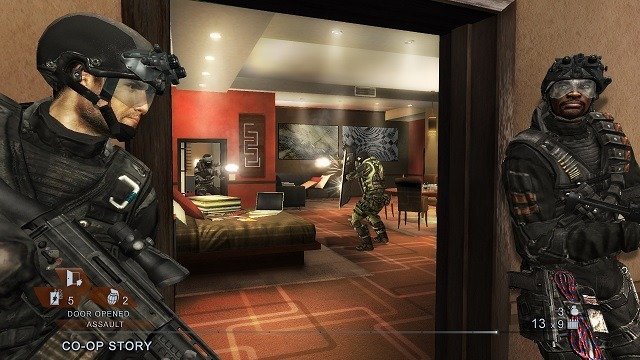 To reward you for a job well done some basic RPG elements creep into the game experience through an XP system offered for enemy kills. XP can be readily traded for extra equipment for more durable soldiers or instead utilised to access alternative weapons to create a squad of soldiers that suit your preferred tactical approach.

While not genre or franchise redefining Tom Clancy’s Rainbow Six Vegas 2 has all the tactical and shooting foundations of other titles with the Tom Clancy name and brings with it enough new bells, whistles and story to warrant a playthrough.

Games Finder is a Steam Curator and featured in the aggregate review scores data of MobyGames and Neoseeker.
FEATURED ON
Games Like IGI
LEAVE A REPLY Cancel Reply