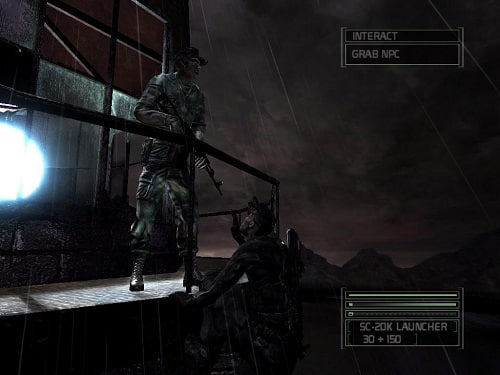 Following Sam Fisher who works as an agent in the covert-ops branch of the NSA known as the Third Echelon. Opting for a much darker atmosphere than other games in the franchise this mature approach was a definite hit amongst fans and newcomers.

Set in 2007 Chaos Theory explores rising tensions between the Asian nations with a blockade in the Yellow Sea in order to stop Japanese ships. As an ally of Japan the US gets pulled into this situation which escalates further and ties in with other global events.

Chaos Theory launched with impressive graphics and stealth mechanics and thus ensures that despite its age they still hold strong today. Most notably were the gameplay improvements around light and audio tracking with gives players the required information to know just how stealthy they are being.

This is particularly important as the AI in Chaos Theory also takes several steps forward in AI design compared to previous games in the franchise. Stealth is your main weapon in Chaos Theory with severe consequences for being spotted by enemies such as wide spread alarms and more alert enemies.

There is some room for my assault orientated gameplay in a small number of missions though with players having the ability to choose a more assault orientated kit that provides additional ammo and destructive items. For players that won’t to go even more stealthy though there is the stealth kit which swings the other way instead. 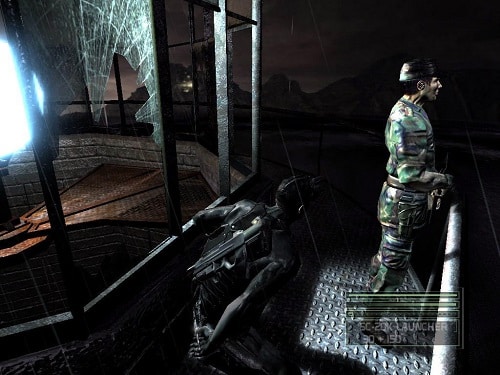 Regardless of the route you take players will find their trust 5-7 SC Pistol and SC-20k still pivotal to success with the ability to disable electronics, shoot gas grenades, knock out targets, fire sticky shots and more.

Despite its age Chaos Theory is still one of the best that Splinter Cell has to offer.

Games Finder is a Steam Curator and featured in the aggregate review scores data of MobyGames and Neoseeker.
FEATURED ON
Games Like Hitman, Games Like Metal Gear Solid, Games Like Thief
1 COMMENTS
LEAVE A REPLY Cancel Reply