Tom Clancy’s The Division takes third person shooting into the online realm, taking place in a near future New York City in the aftermath of a pandemic you’ll play as an agent seeking to rebuild by battling criminal activity. 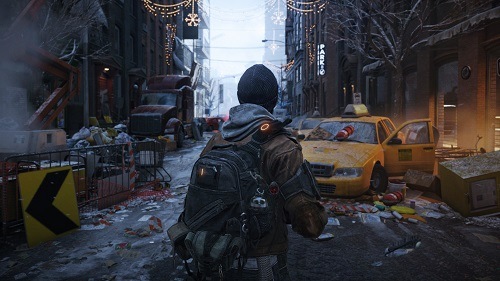 After a smallpox pandemic takes over New York City after being planted on the simple banknote Manhattan is placed under quarantine by the US government while in turn activating sleeper agents to assist in recovery of the city and regain order. This strain of smallpox, often referred to as the Green Poison has a stranglehold on the city as players play through the story driven missions to uncover the plot and mastermind behind its creation.

Gameplay in Tom Clancy’s The Division takes place in the open world Manhattan landscape, most of which is destructible. Within this open space you’ll take on missions to restore order and find the source of the virus. To keep you safe you’ll take up to three weapons with you along with a number of devastating explosives. Cover is also a key mechanic and used to avoid damage from NPCs and other players.

As a MMO themed title The Division rewards players with experience points and currency for their actions which are turned into weapons, gear and skills to customise your character. Alternatively The Division also allows players to find items through enemy loot drops which are randomised. As is typical for loot orientated games there are five levels of loot ranging from worn to high-end. 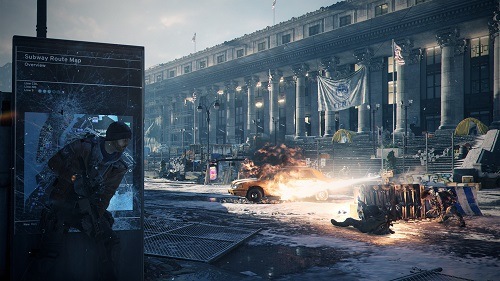 The majority of these high-end weapons are found within The Dark Zone, an area where PvP takes place but hides the best equipment after being left behind by the military.

While Tom Clancy’s The Division sounds good on the surface it’s lack of real end game and balance issues don’t give it the longevity you would want from a MMO style experience. It’s still suitable as a fun co-op game for a few nights with friends though.

Games Finder is a Steam Curator and featured in the aggregate review scores data of MobyGames and Neoseeker.
FEATURED ON
Games Like Borderlands, Games Like Dead Island, Games Like Destiny, Games Like Warframe
LEAVE A REPLY Cancel Reply