Tomb Raider is an action focused adventure that will have you playing Lara Croft as she attempts to survive the harsh wilderness she finds herself stranded in. Designed as a reboot of the Tomb Raider franchise the 2013 edition brings newcomers to the world of Lara Croft while appealing to those who have played the original titles in the 1990s. 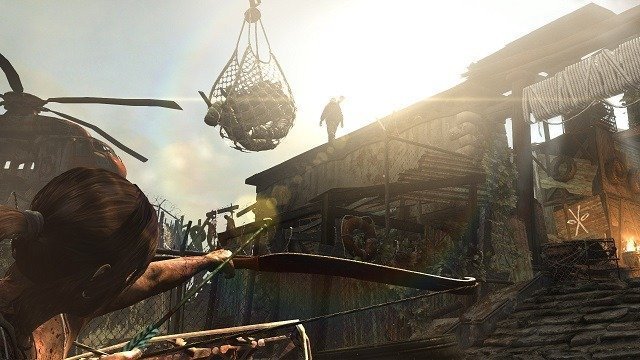 Players join Lara as she becomes shipwrecked on Yamatai, a remote island near Japan. While the island is a fictional your exposure to survival elements is anything but with Tomb Raider (2013) designed to push Lara Croft and the player to their limits of the harsh and varied island environment. This all ties in with the overtones of mystery surrounding the island which has been a magnet for shipwrecks over its known existence. Central to this plot line is the mysterious Sun Queen who was said to live on the island with the blessed power to control the weather.

Having trapped all kinds of adventurers over the years through shipwrecks Lara steps into a world with its own laws and social dynamics made up of the various factions that have shipwrecked on the island. Due to the harsh living environment and limited resources it’s a dog eat dog island where only the strongest and violent can survive. 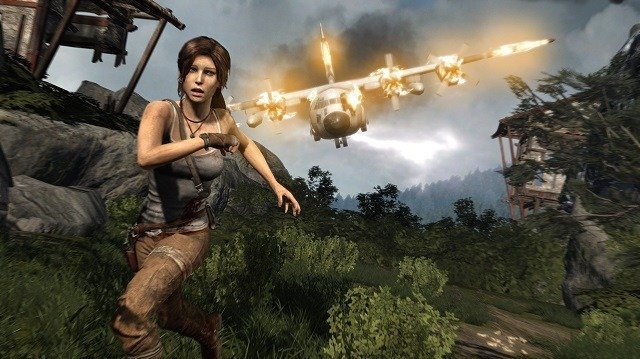 Tomb Raider is intended to offer a glimpse as Lara’s first ever adventure as she struggles to come to terms with her predicament and even taking her first life in order to survive. With this young ambitious archaeologist slowly morphing into the Lara Croft that the franchise is known for as the story progresses and Lara finds her fellow party survivors and their fate. Lara will face her fair share of threats with the island being inhabited primarily by the cult like group referred to as the Solarii Brotherhood.

While the first hour or so of gameplay is extremely linear (serving as an extended tutorial) once its complete players have an amazing amout of freedom to enjoy on the island. Part of this freedom involves tracking down the seven tombs hidden on the island which come with some very impressive rewards such as better health regeneration, improved climbing, reduced explosion damage and others.

Gameplay in the 2013 edition of Tomb Raider is a third person affair which helps players keep track of their surroundings, complete puzzles, perform basic platforming and generally survive in the harsh island environment. All of this is beautifully supported with a salvage and upgrade system that helps Lara grow from nothing to a deadly stealth hunter as the game advances. 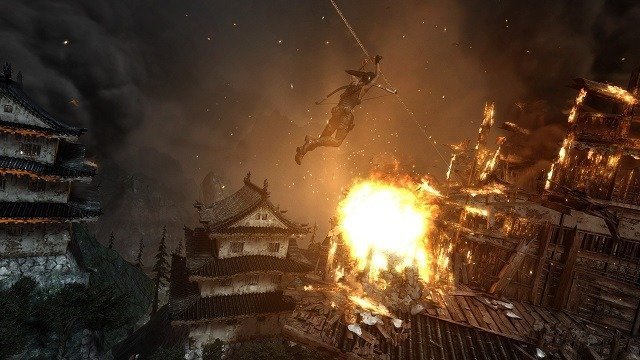 Most notably Lara is able to use her bow and arrow for silent and stealth based headshot kills and is the staple for much of the game. It’s important to note however that quick time events do make up a decent portion of the game especially when using stealth to take down enemies. This leaves Tomb Raider closer to a cinematic experience than a true action adventure title but doesn’t detract heavily from the world and adventure building that the game is aiming for.

Tomb Raider also includes some light RPG elements to the mix with experience converted into new abilities and benefits for Lara to assist you in a range of situations. Broadly these fall under the skill trees of survival, combat and stealth allowing you to design Lara Craft as your ideal version.

Overall the revived 2013 Tomb Raider has plenty to love for long-time fans of the series but was also clearly designed with newcomers in mind. Whichever camp you fall into the new look Tomb Raider will impress with it’s atmosphere, landscapes, puzzles and exploration.

Games Finder is a Steam Curator and featured in the aggregate review scores data of MobyGames and Neoseeker.
FEATURED ON
Games Like Far Cry, Games Like Horizon Zero Dawn, Games Like Just Cause, Games Like Prince of Persia, Games Like The Last of Us, Games Like Uncharted
LEAVE A REPLY Cancel Reply