Torchlight 2 serves as a 2012 sequel to Torchlight (2009) that allows players to again adventure into fantasy world alone or this time with friends. Selecting from your choice of 4 different characters each brings their own playstyle specialty to the countless enemies and bosses you will face along the way to complete your quest. Inspired by the likes of Diablo and other games in the action RPG genre you’ll find a similar adventure although one stripped down to the basics while adding some quality of life features back in. 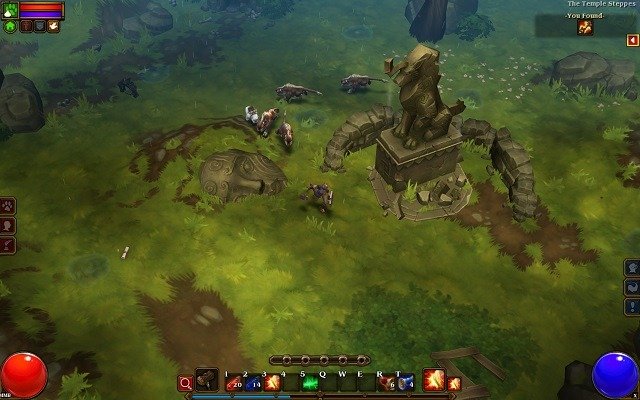 Despite the basic fundamentals at the core of the Torchlight franchise it’s still a high quality and addicting adventure that feels satisfying to defeat every monster that stands in your way. The backdrop for this adventure is the same fantasy world as the first Torchlight title with the Alchemist from the first game destroying the town of Torchlight after turning to corruption and insanity. Driven to this situation by the Ember Blight from the Heart of Ordrak that was central to the first storyline players must now find the Alchemist. Following their path of destruction across the fantasy lands the path before you is relatively easy to follow although not free from damage.

In total you’ll have three acts that expand the world of Torchlight significantly. With the Imperial Camp serving as your town for the adventure you’ll adventure to the mountain region of Estherian Steppes, the vast bare desert of Mana Wastes and a haunted forest known as Grunnheim which hides ancient ruins. 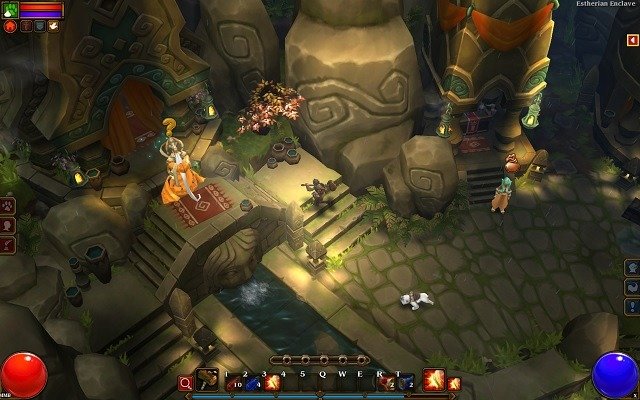 Players will be choosing which hero they take up for this adventure and the new co-operative mode introduced in Torchlight 2also allows you to join several friends this time around. While some classes do have some co-operative focused roles each is still a capable solo class with the right class build. Your options are the Berserker, Embermage, Engineer and Outlander that each have their own style of play derived through three themed skill trees.

With the Berserker you’ll be focused on the claw weapon type and imbuing your auto attacks with the powers of ice and lightning to pierce through foes. For the Embermage you’ll have the full range of elements with a fire, ice and lightning skill tree full of utility and damage with your typical mage class offering. Next is the Engineer who is a durable fighter that doesn’t mind being on the front lines but can equally construct various steampunk inspired summons. Last but not least is the rogue themed character of the Outlander who specialises in moving quickly across a battlefield and using ranged weapons. 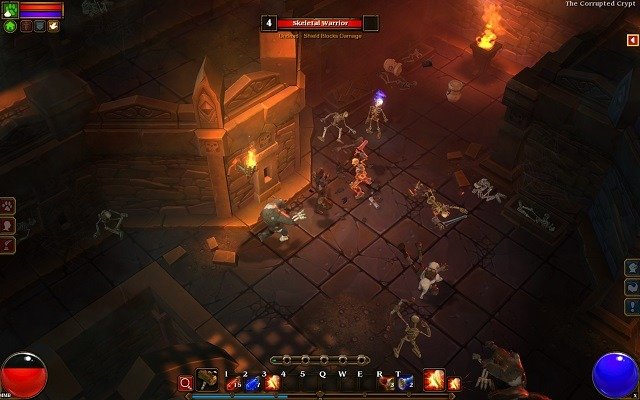 With your choice of class selected and visually customised to your liking you’ll be able to adventure into the random dungeon generation of Torchlight 2 where you never know what enemies you’ll face or loot you will find. These pieces of equipment combined with the aforementioned class skill trees allow you to consistently grow your power level to complete quests and advance further in the story acts. Pets and fishing from the original Torchlight game also return to provide side activities that provide various utility and convenience features to your progression.

Beyond the initial story playthrough players that want to complete a full character build will need to turn to the new game plus mode where a new challenge across the same story awaits.