Torchlight is an action role playing adventure developed by Runic Games that was first released in 2009 and eventually console in 2011. Providing a single player adventure with a casual take on the genre players help the town of Torchlight with their troubles that require you to fight, acquire loot and develop your own unique character in the process. 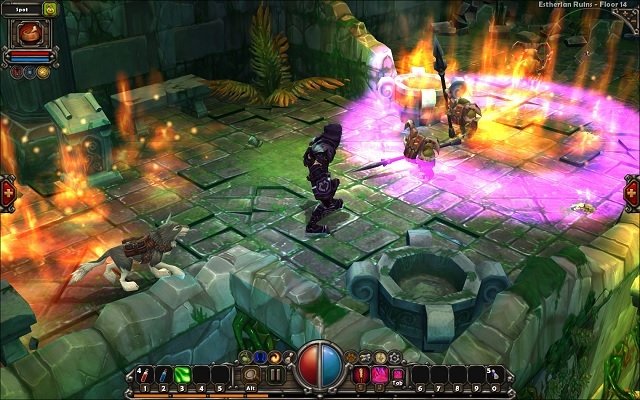 The setting for your adventure is the town known as Torchlight which is a mining town built on top of a rich vein of the mysterious Ember resource. Joining this world as an unknown adventure who arrives in the town searching for adventure, fortune and fame based on recent calls for help. As a result of Torchlight being in need players are quickly recruited by Syl to find his mentor and specialist alchemist Alric who has recently been lost within the caves below the town. This is just the start of your broader adventure though that sends you deeper into the caves to uncover a plot that ties into an ancient creature of Ordrak. Along the way you’ll also take on other quests for the town, random events and dynamic

Walking into this story players have three different class archetypes in Torchlight that each have their own skills and preferred playstyle. Players can choose from the Destroyer (a melee specialist), the Vanquisher (a ranged weapon user) and the Alchemist (a spellcaster/summoner). From their base design players will find that each has three different skill trees that does allow some flexibility within each of the Torchlight game classes. 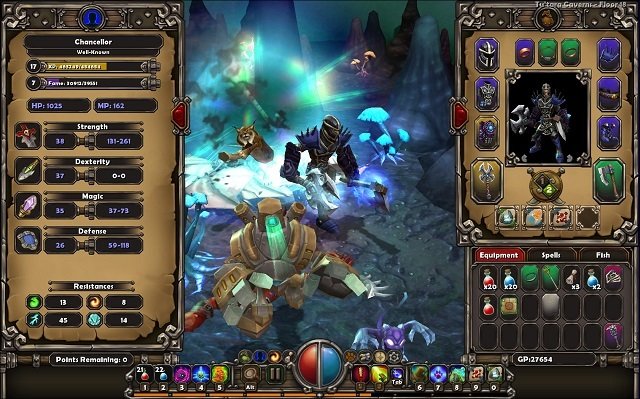 The Destroyer for example can invest into berserker, titan or spectral trees that buff their advanced capabilities with sword, axe and mace. Unafraid to get directly into the fray with enemies they acquire a large amount of health per level up while being capable of slashing, dual wielding, stomping, parrying and even imbuing themselves with shadow magic. In stark comparison the Alchemist is your traditional spell caster that can you use the arcane, lore and battle skill trees alongside their vast pool of MP to create destructive magic. Able to be built is a pure spell dealer with magical bolts, lightning and embers or a summoner with various minions or even a battle mage that combines physical and magical elements together. Lastly the Vanquisher can split across marksman, rogue and arbiter that unlocks skills across ranged attacks, melee stabs and elemental masteries.

While your skills and combat abilities grow so do the threats of the various cave and dungeon levels that are randomly generated and feature various monsters from the bestiary. With various fantasy themed challenges like zombies, trolls, beasts and skeletons you’ll find different attack patterns and traits across the spectrum to keep combat varied. The loot from these monsters is similarly varied and randomised to ensure you also have a loot hunt as dive through the mines, ruins, caverns and other game locations. 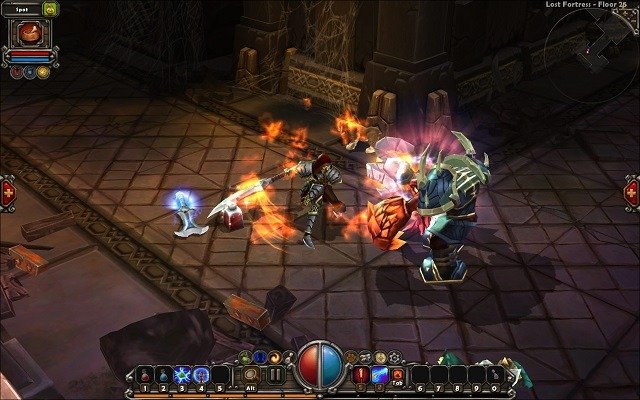 With slots to fill across your armour and weapons you’ll have nearly a dozen item slots to constantly be upgrading from random modifiers that provide damage or utility. To support this wealth of loot Torchlight includes some quality of life mechanics with pets. Your pet will also help you fight, can carry items and even return back to town on your behalf which makes it very easy to avoid returning to town and stay in the action. You can even feed your pet to transform them to boost their stats temporarily with fish caught from the random pools of water underneath the town.