Fans of Clash of Clans wanting to take their game experience to the times of the Romans will enjoy what Total Conquest has to offer. This Roman setting is a nice shift away from the more medieval style games in this genre with plenty of strategic depth just waiting to be explored. 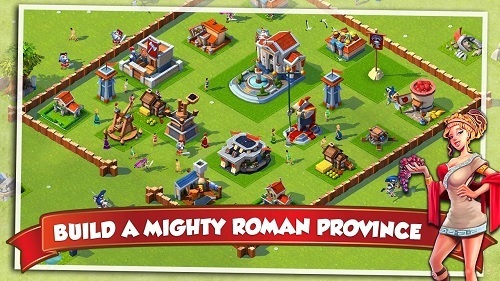 Total Conquest is available for free on Android platforms allowing everyone to join in the fun. In the game you’ll be battling thousands of other players for control of the Roman Empire after the death of Caesar.

Much of your game time will be spent on building the perfect Roman city state that not only has all the required buildings but also enough defensive power to keep your enemies out of your city. Options for defence include mostly standard options such as walls, traps and towers which can garrison units for extra power.

On the offensive front players have a larger range of options with nearly a dozen unit types that all bring something different to the battlefield. From the powerful Gladiator to your standard Legionario ground unit you’ll have plenty of strategic options available. Hiring and training a mixture of deadly troops is just as important as creating a durable city if you wish to succeed in Total Conquest.

A single player cannot hope to conquer all of mighty Rome though which means you’ll have to team up with your friends to create your own Roman alliance (known as a Legion) to tackle larger foes and protect your own lands from attack. 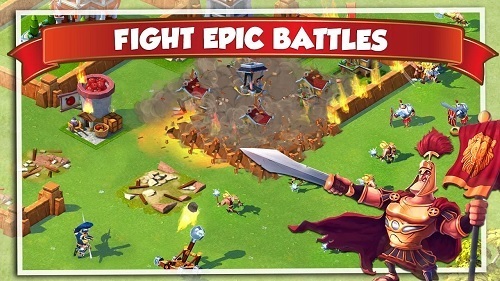 Joining up with friends is easy in Total Conquest thanks to the social features built right into the game. This includes Facebook connectivity and of course Game Center is also available.

Once you’ve created a Legion or join an already established one you’ll be able to talk tactics and co-ordinate attacks for maximum effectiveness. Players who join up for a Legion are able to also participate in the Legion Wars and gain points to increase their alliance ranking and unlock powerful rewards.

Games Finder is a Steam Curator and featured in the aggregate review scores data of MobyGames and Neoseeker.
FEATURED ON
Games Like Boom Beach, Games Like Clash of Clans, Games Like Game of War
1 COMMENTS
LEAVE A REPLY Cancel Reply