Any fan of online strategy games knows that there are countless fantasy, historical or medieval themed titles in this genre with many MMORTS opting to explore this familiar setting. With the science fiction setting particularly lacking in the genre Total Domination seeks to change change that by promising a great sci-fi themed game with plenty of strategy to explore compared to other similar MMORTS titles. While originally a browser based title this version has since been retired in favour of iOS, Android, Windows and Mac versions (available through the Plarium Play Launcher). 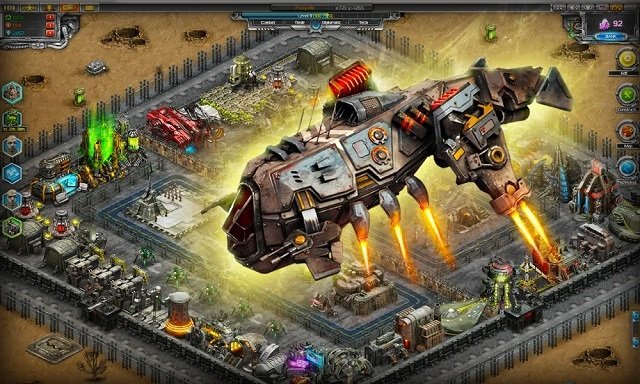 Focusing on a futuristic setting Total Domination explores a game world that is constantly under the threat of impending world scale nuclear war. The game world was once home to a large and powerful empire that was eventually ripped apart by war and now has thousands of tiny factions fighting for control and the remaining scraps of the barren world.

The story in Total Domination is fairly simple and is what you would expect from a game in this genre but provides the appropriate setup for your current situation. Your role in this broken world is to create a new empire from the ground up while allying or destroying as many rival factions as possible in your area. This objective is primarily facilitated through the in game clan system which allows you to link up with other players easily and direct your attention where necessary. 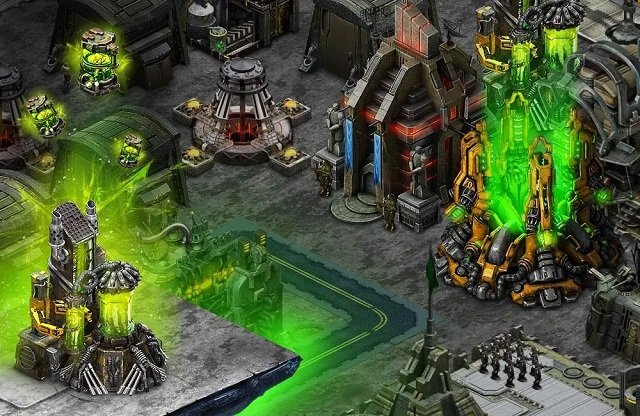 Your time in Total Domination will be split fairly equally between the two core mechanics of building and fighting that most MMORTS games offer. You’ll be taken through a brief tutorial on both of these aspects when you start a new account and you’ll even get some voice acting to go along with it which definitely adds some production value to the game as a whole compared to its peers. This continues on for some time while following through the core campaign missions as well for those that position their empire primarily in the PvE gameplay

Buildings can fall into one of several categories which helps players easily identify their purpose. This includes defensive, military, resources and command with enough depth within each category that you aren’t always just spamming the same building over and over. Building things like a bank, bioreactor, breeder reactor, extractor rig, ore refinery, titanium and uranium mine you’ll earn all the resources of credits, uranium and titanium necessary to fund your growing base and army. While buildings like the embassy and research centre unlock key game mechanics as you invest in allegiances or technology for your economy or units. 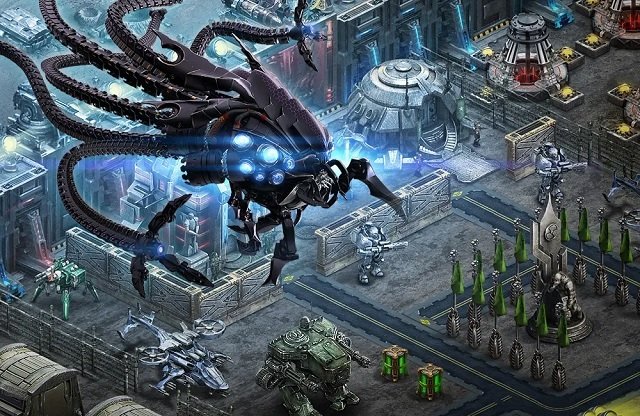 Combat features a similar level of depth with a variety of different unit types available which play a vital role in your success during raids or invasions. Units stay true to the futuristic game setting with likes of cyberdogs, snipers, heavy gunners and mechanical vehicles all having sci-fi elements and ready for recruitment.

Games Finder is a Steam Curator and featured in the aggregate review scores data of MobyGames and Neoseeker.
FEATURED ON
Games Like Evony, Games Like Forge of Empires, Games Like Grepolis, Games Like OGame, Games Like Tribal Wars
LEAVE A REPLY Cancel Reply