Total Overdose: A Gunslinger’s Tale in Mexico offers open world action adventure in a third person perspective which blends ideas from several of the genres top games to create its own mixture. 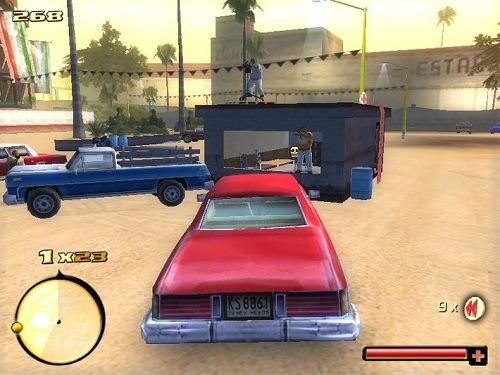 Playing as Ramiro Cruz, the criminal brother of a high ranking DEA agent you are called upon by the agency to step in as an undercover agent for your brother after his death. Your job is to reclaim the information your brother had about your father and continue his work in bringing down one of the most ruthless drug cartels around. Players will also control other characters Tommy and Ernesto for certain periods of the story at the beginning.

Explore Mexico through nearly two dozen environment types that see you moving from the dessert to city centre and everything in between as you take on missions to assassinate drug runners, help the civilians and blow up key infrastructure.

To support the above Total Overdose gives players a large number of weapons to utilise for maximum carnage which includes the usual shotguns, rifles and rocket launchers. Not only are the weapons deadly but Total Overdose also includes a combo based combat system and Matrix inspired combat moves that have you flying and diving as you fire bullets and dodge the incoming ones in slow motion.

To enhance combat even further Ramiro can cell on powerful Loco moves which serve as special attacks that can be activated after reaching score and combo requirements. These powerful moves can quickly dispatch enemies with names such as Sombrero of Death, Mad Wrestle and Explosive Pinata. 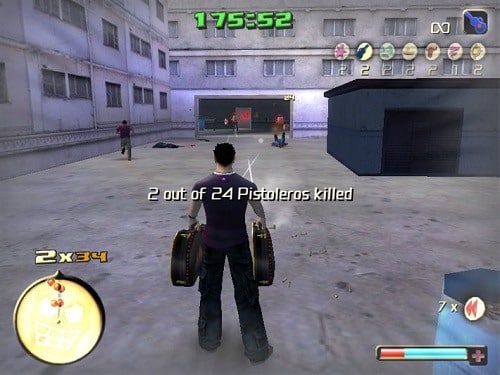 Total Overdose also features a range of cars that players can control which can help you explore the map and run over enemies. Said vehicles are split between basic and special cars such as the flame pickup truck, DEA SUV, military SUV and tow truck.

If you can look past the age of the game and some of the questionable stereotypes portrayed you’ll find a solid third person shooter that offers a bit of everything.