Total War: Rome II continues the strategy based Total War series and takes you back to Rome once again with a large number of improvements over the original Rome adventure and other titles in the franchise. The game was released in late 2013 and takes the Total War series up to a total of 8 large scale strategic games. 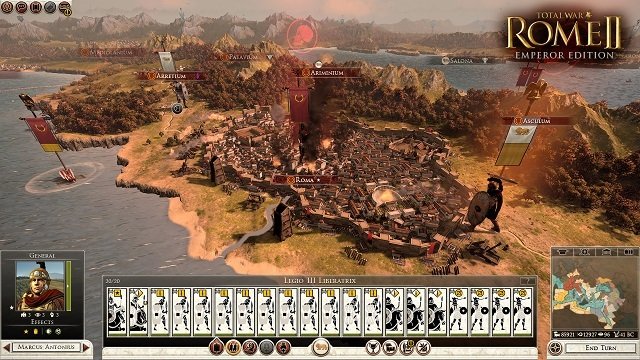 Total War: Rome II is set during 272 BC with the main campaign spreading 300 years from that starting point although players can continue beyond this if they wish. Unlike the previous Total War game set in Rome (Total War: Rome) this entry shifts its focus towards the cultures around Rome and less focused on the Roman Republic itself. This ensures that those that enjoyed the first Total War Rome adventure have a different but similar experience to encourage them back to the franchise.

The campaign map is one of the largest in a Total War game yet with each new addition of the franchise creeping up in size alongside computer hardware enhancements. In Total War: Rome II this means a massive 173 regions for players to fight over one region at a time with these regions controlled by any of the 117 different game factions. 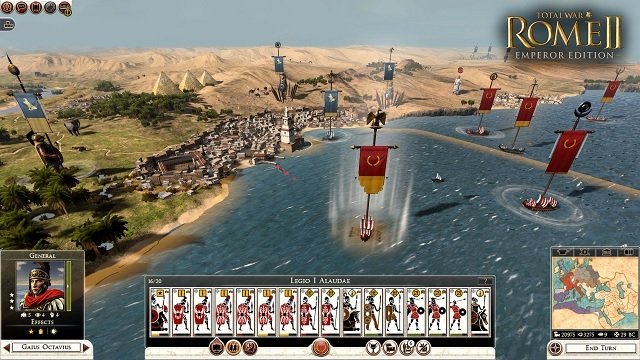 In addition to the larger game world you’ll find that the visual department has received a lot of love from the developer with the details of battle now more vibrant than ever. This is most evident in your soldiers and their facial expressions with dynamic reactions to the horrors of battle with a level of realism is definitely the best of all the Total War games released thus far. This realism level is also present in the unit types with hundreds of different units across the different factions to each give them their own unique presence on the battlefield and really drive home the large number of factions.

In terms of minute to minute gameplay Total War: Rome II is similar to its predecessors but there are plenty of new features that improve the game for both new players and long-time fans of the series. The decision elements return from Total War: Shogun 2 which can alter the campaign significantly based on the decisions made by the player and makes you feel like you are a part of a more realistic game world through the campaign. 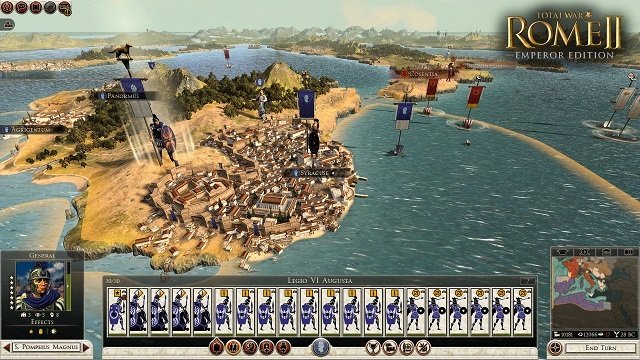 A total of 10 playable factions are available to players with familiar names like Marc Antony, Egypt and Armenia alongside lesser known factions like Iceni, Dacia or Marcomanni which all start with different locations, diplomacy and military strength. From here you’ll adventure through the turn based strategy adventure making diplomatic, economic and military decisions in both solo, competitive and co-operative modes.

Combat is at the hear of your progress across the game map though as it was in the Roman era. On the combat side of things players will find that naval battles have returned with plenty of balance improvements to make them feel more like a core part of the gameplay through the likes of combined land and naval battles. The diplomacy and political sides of gameplay have also received a few revamps that make it easier to engage with and understand the consequences of your actions but still essentially operate in the same way as previous games at the core.