Total War: Shogun 2 is a strategy game in the Total War series, it was developed by The Creative Assembly and released in March of 2011. 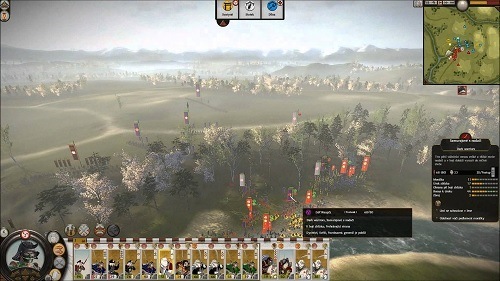 Shogun 2 is one of the highest rated games of the series and takes place in a 16th century Japanese setting.  This feudal Japan setting is set after the Onin War leaving the country fractured with various warlords fighting for control. Players will pick one of up to 11 clans (9 core, 1 limited edition, 1 DLC) and attempt to dominate their enemies and claim Japan for themselves.

Choice of clan is an important consideration and will impact on the way you approach the game which means there is plenty of replay value to explore. The different clans both have their own starting location along with strengths and weaknesses in politics and on the battlefield.

On a gameplay level Shogun 2 uses the standard Total War formula by combining turn based strategy with real time gameplay that allows for massive strategic depth but also makes fighting a fast paced and engaging experience. Players manage land, resources and army movement on a turn basis while battles are  fought by the player in real time.

As players advance through the campaign mode they will need to manage settlements, economics, technology and of course the military aspects of their clan. Politics, religion and espionage also play a role in gameplay with spies and assassins available to play some dirty politics. While religion can be used as a conversion tool or improve trading relationships with other clans. 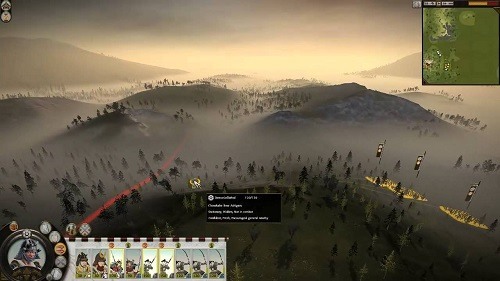 To add another level of strategy to the gameplay players must improve their generals and leaders by gaining experience in battle. As generals improve they can unlock a number of abilities and traits to help in battle or other aspects of your clan. This leads to a situation where your choose of general is almost as important as the tactics you use in battle.

Total War: Shogun 2 also offers multiplayer support for up to 8 players which is always an exciting and fun experience especially with close friends. With the endless strategy options, mixture of careful turn based plays and fast moving real time combat (on a massive scale), fans of both strategy genres will fall in love with Total War: Shogun 2.

This review was first published on July 16, 2014. Read our update policy to learn more.