Touch (by 3Claws) is a dance focused experience that offers K-Pop music as  a core gameplay mechanic while players attempt to take their character from nobody to a music star. Featuring anime graphic styling with a wealth of over the top customisation this Korean themed adventure is colourful and full of pop. To start your adventure to musical star you’ll be able to customise a Touch character to your preferred gender and style which can range from a cute anime inspired character or something more elegant or cool amongst other options. At this early stage you’ll also have the opportunity to create a star name along with an introduction to the dancing mechanics that Touch is based around.

Similar to other rhythm orientated games Touch challenges players to press the correct arrow key on their keyboard in time with the visual prompts on screen. While these start simple with ample time between inputs and limiting button presses to a single key the game progresses to more complex sequences. To match this the beats and rhythm of the pop music also increase with this difficultly ramp up and outside the early songs that won’t cause too much trouble offers plenty of challenge. 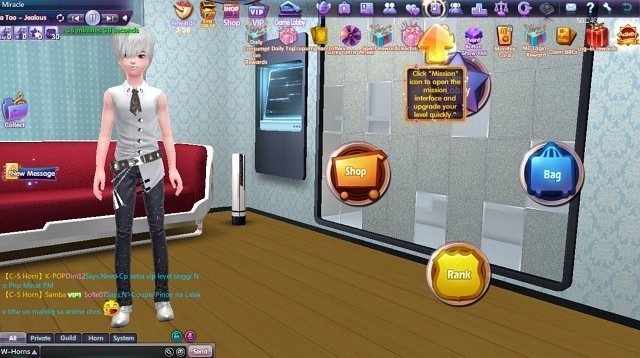 Touch by 3Claws is a game about much more than music though and in fact with the large number of things to do in the game it isn’t difficult for players to avoid this feature completely if they want. These other activities things include chatting with other players in the various unique game rooms, customising your character with the huge range of items to create a unique look, completing missions for items or achievements, engaging with mini games or joining in the regular events.

With this impressive feature list Touch ends up with a good mixture of social and music gaming that never gets old. The community and visuals of the game are definitely the strengths though with the game attracting a consistent stream of players with similar interests which thrives with the anime visual styling as players customise every inch of their popstar. 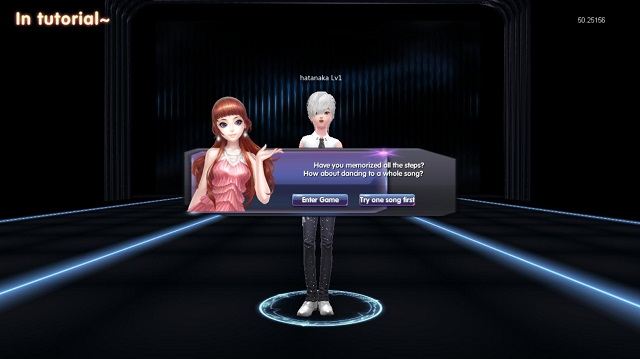 Touch is going to appeal to a huge range of audiences from those looking for a new social game to chat with others and make friends to those wanting something competitive with the ability to rise the pop star ranks based on your song performance. Regardless of your preference though you’ll want to look fantastic in whichever outfits you select while also being unique from those around you. Touch captures this desire perfectly through its rare crafting system where you can create items (some of which even have unique abilities) with the materials tied to in game prestige achievements.

While some of the translations are slightly off in the English (International) version it doesn’t significantly detract form what is one of the best albeit few rhythm based social games around.