Build up a powerful fighting force of your favourite cards in Tower Conquest a game about managing resources and carefully timing the summoning of units. With 5 different factions that have 70 unique characters, heroes and towers there is plenty of strategy to engage in for Tower Conquest. 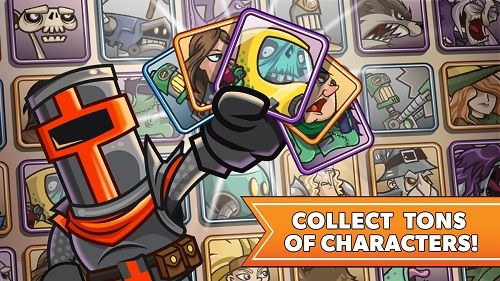 Gameplay revolves around players mana pool which regenerates slowly over time and is used to summon units onto the field of battle. Once summoned units will automatically move towards the opponents tower with victory given to the side that can take down the tower first.

In addition to the summoning of 5 different units each tower has their own unique attack which can give you an important strategic advantage. Players are free to select their 5 units from any of the games factions which includes kingsmen, undead, robots, invaders and jade empire.

Unlocking these units is generally done through levelling up, purchasing cards and achievements with a certain number of cards required before a unit can be unlocked for use. Cards can also be trained or upgraded once unlocked which increases their potency in stats such as mana cost, health, attack damage, movement speed, attack range and spawn time. 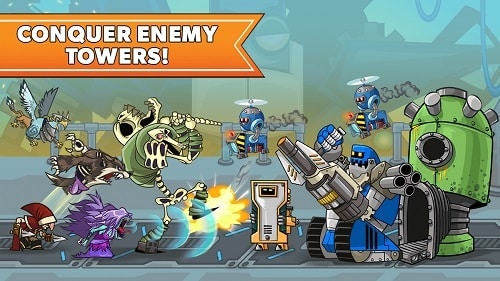 While the campaign gives you plenty of content to stay busy and upgrade your cards the more engaging component of the game is the leagues which are unlocked at level 10, allowing player vs player combat.

The fundamentals of Tower Conquest offer a solid tug of war summoning game which is ideal for fans of the genre. It’s design though means that you’ll find quite the grind to get cards and upgrades so you can go toe to toe with the veterans in the PvP arena.