Taking the Travian franchise to new heights is Travian Kingdoms, an improved, enhanced and upgraded version of one of the original city building MMORTS titles. Paired with crisp mobile apps for iOS and Android you can now access your kingdom from anywhere that you intend to play with your progress shared between your devices with ease.

Travian Kingdoms does feature fairly similar gameplay to the original although most notably has received a graphical overhaul, this new UI is a welcome sight and often referenced as one of the weakest elements of the original Travian game which itself acquired registrations well into the millions before being retired. A key part of this UI upgrade is the introduction of the village, resource and map view that each have their own distinct uses and are easy to switch between ensuring the most important actions are never more than a few clicks away. 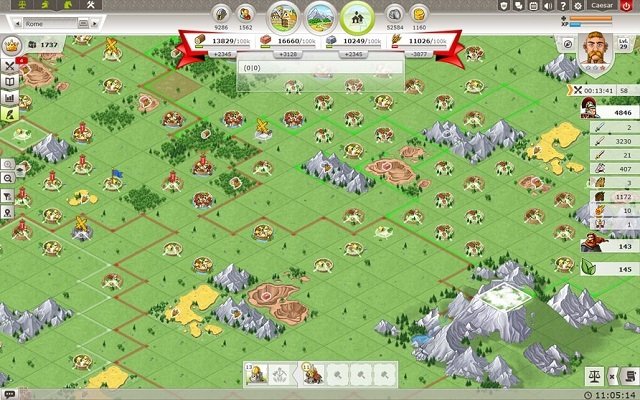 Using a three tribe system players can choose to explore the game world as Gauls, Romans or Teutons who come with their own strategies and unique traits. Gauls for example are ideal for new players with their strong defences but also efficient military and traders, with their unique ability to hide more resources from raids they can allow new players to not lose out on resources by constant attacks which is often an early game struggle in similar titles.

Romans on the other hand are best reserved for experience Travian players due to their strong troops which come at the cost of expensive and long training cycles. Finally the Teutons are ideal for aggressive players with troops that can be trained cheaply and deployed in no time at all. This choice feels impactful and ensures that you have three very different player types to create an ideal strategy against while also playing Travian Kingdoms in a way that appeals to you. 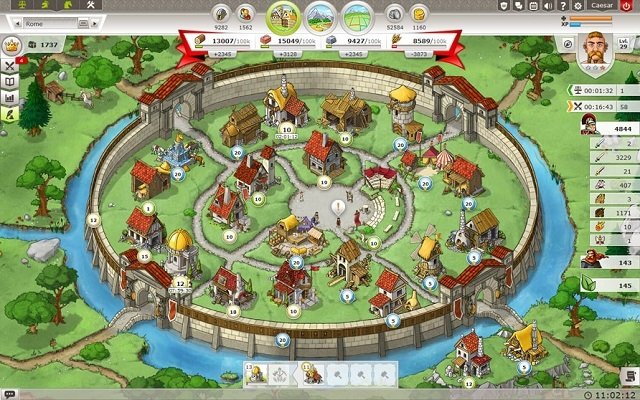 Once within the game players have quite possibly the most important decision they can make though which is to play as a governor or king both of which come with a week of beginner protection. Governors focus on the looting of robber hideouts and have greater freedom in their decisions while being designed as the intended way to play for most players. Kings on the other hand have to play a much more active role by protecting governors and expanding the empire and unlock only when a certain rank of prestige is reached. Accordingly new players will be best served in the governor role as they and requires you to be less active within the game while still having the option to become a king later on.

While early on in your Travian Kingdoms life cycle you’ll be focused on resource production and managing a single village the game quickly evolves into multiple villages, player vs player raiding and wonder construction which serves as the end game for the given server you’re playing on as you compete or team up with the other players. 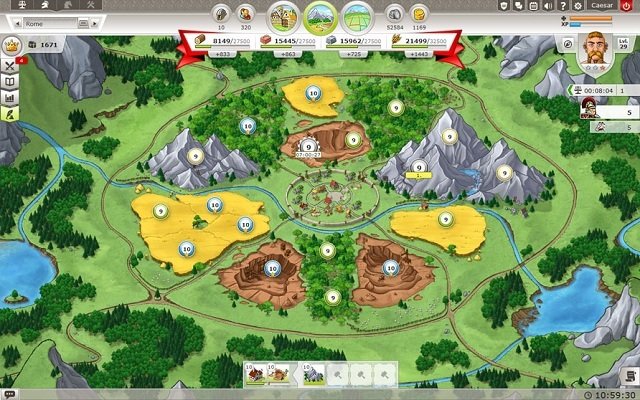 At the core this means managing your resources of wood, clay, iron and crop with detailed stats provided on your maximum storage and gross hourly income of each for players to interpret and base your strategies on. This may include funnelling your resources into one of the 20+ buildings which unlock various features, troops, enhanced resource gathering and other technology. For example buildings such as the cranny and hidden treasury can help hide resources from incoming attacks while the trapper allows you to capture invading troops to reduce the numbers of your enemy.

Each stage of this progression in your kingdom has impressive depth with various buildings requiring construction and upgrading, ten unique unit types for each tribe, various map events, constant quest goals, auction house and a detailed hero system. The hero system is particularly strong and Travian Kingdoms greatest asset with inventory, attributes and adventures adding some basic RPG to the otherwise strategy elements of the game giving that true sense of managing a war heroes progression in your broader army.

Overall Travian Kingdoms is an impressive move forward for the long standing Travian MMORTS series and with the large range of improvements over it’s original release it makes it one of the leaders in the genre.