Travian takes you to a Roman style setting and is one of the best MMO browser games around. The game runs in a persistent game world just like others in the genre. 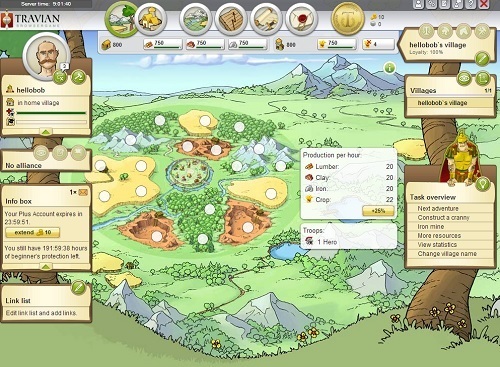 Travian averages several thousand online players at any single time with over 50,000 active players. The game has been around since 2004 and has received constant love and attention by its developer (Travian Games) to improve gameplay and add additional features.

Early gameplay is very typical of the genre with players starting out as a simple leader of a small village that is rich in resources. Players can play as one of three different tribes which have their own strengths from faster building time to powerful offensive capabilities or stronger defences. These tribes also have varying resource needs and a different core resource which helps create a vibrant economy and encourages trading.

Slowly players will absorb the resources around their starting area and turn them into buildings to increase resource collection, build a military and research technology.

Eventually players will unlock the ability to build a marketplace which allows trade between other players  and offers an alternative to warfare for resources. This is further enhanced with alliances allowing players to have more choice with how they approach the game when compared to more combat focused games in the genre. 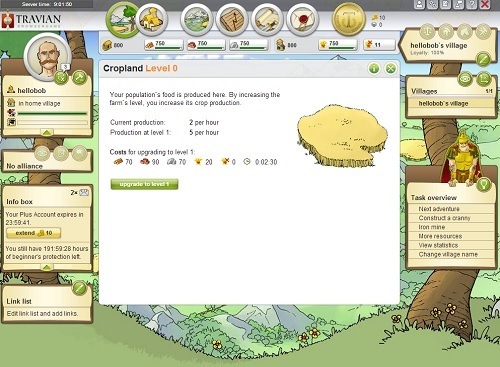 The game also incorporates items into gameplay which is helps add another level of strategy to the game. Items fall under two broad categories of artefacts and equipment which have varying bonuses. Artefacts are particularly rewarding and can alter your entire village or even provide an alliance wide bonus. Artefacts aren’t easy to acquire though with players having to take over well defended treasuries to get their hands on them.

With all the features available in Travian it is no wonder why it has risen to the top of the genre. Browser based strategy fans would be crazy not to try out Travian.

Games Finder is a Steam Curator and featured in the aggregate review scores data of MobyGames and Neoseeker.
FEATURED ON
Games Like Evony, Games Like Forge of Empires, Games Like Ikariam, Games Like Tribal Wars
LEAVE A REPLY Cancel Reply