Treasure Adventure Game is a free to play 2D adventure game and serves as the prequel to the similarly titled (but paid) Treasure Adventure World. While not as expansive as the subsequent World release which polished the experience in several areas it serves as an opportunity for players to trial the core experience before purchasing the enhanced version. 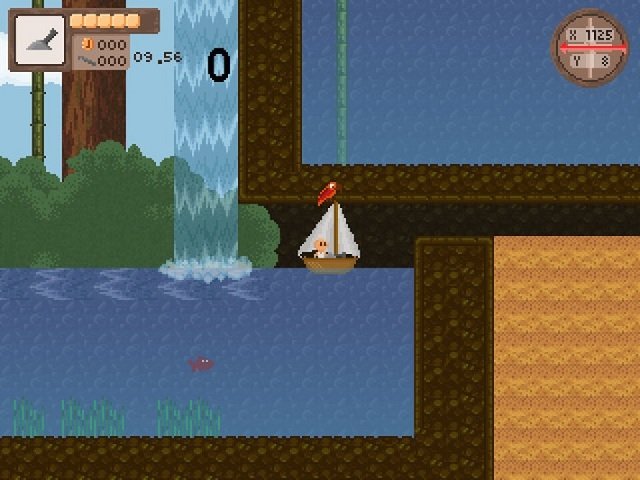 Treasure Adventure Game is the product of Stephen Orlando who spent 2 years creating this massive adventure game which is massively impressive given the size of the game world for a single person creation. Accordingly the gameplay itself is more on the simple side but still offers an addicting gameplay loop centred around exploration, platforming and treasure hunting within a realistic world themed setting.

This setting is island based with players travelling across a number of small islands that were created after a destructive battle between a wizard and demon which split the main continent into pieces. As a result of the wizard’s victory he opted to hide the 12 vital relics that helped achieve the victory across these islands should the demon ever return to the world. 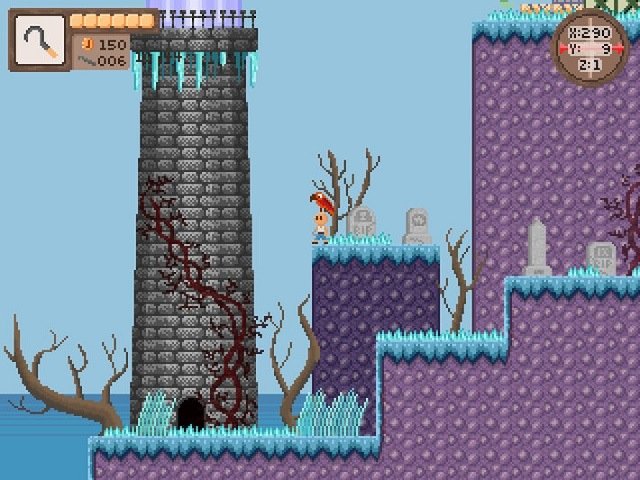 Throughout this exploration players will experience diverse environments, NPCs, varied soundtracks and changing weather which help build a realistic game world that feels alive with activity and something that was significantly enhanced in the sequel to continue this theme. Despite the single person team and the range of environments the attention to detail remains strong as you explore locations from your starting town to the depths of the darkest cave. While players are free to explore the world as they please you will find yourself mostly guided by NPC quests.

Your avatar for this exploration is a young boy who as the son of a famous adventurer attempts to follow his destiny while collecting equipment and hunting for the 12 relic treasures. Supported with his hat, a boat, parrot and a hook you’ll find surprising ways to utilise all of these as you cross the seas. With these simple pieces of equipment players will use treasure maps to explore, crawl and jump their way across the scattered islands with traditional platforming gameplay while upgrading your equipment to keep you safe or perform other important functions such as monitoring the time of day or wind direction. 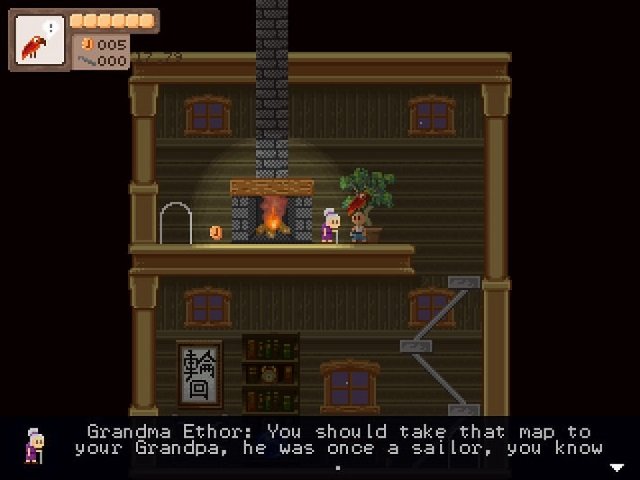 With the list of features and solid gameplay fundamentals it is hard to believe that Treasure Adventure Game is a single person endeavour and offers the perfect light adventure game.

This review was first published on July 9, 2013. Read our update policy to learn more.

Games Finder is a Steam Curator and featured in the aggregate review scores data of MobyGames and Neoseeker.
FEATURED ON
Games Like Terraria
1 COMMENTS
LEAVE A REPLY Cancel Reply