Trine 2 is a side scrolling adventure that uses platform and puzzle elements to create an addictive mixture of genres. 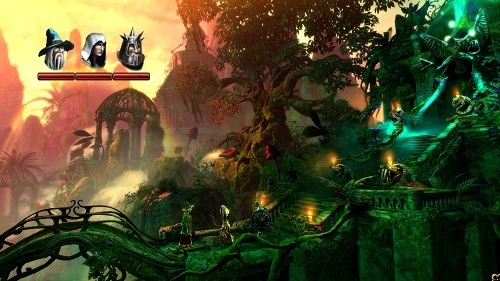 The game is available on numerous platforms including Windows, PlayStation, Wii U and Xbox with a release in December of 2011. The game is very similar to the original game expanding on the story and game mechanics of the original popular game.

Trine 2 takes place a few years after the original but the stories aren’t overly linked together so don’t feel compelled to start with the first game. Just like the first game players learn more about the story and game world through the narration, scripted sequences and the various writings scattered around every level which include poems, letters and other written documents.

Just like the original players take control of three characters (although only one at a time). These characters are the wizard Amadeus, the knight Pontius and the thief Zoya. Each of these identities has their own uses and mechanics which must all be combined to complete various puzzles.

Amadeus has the power to grab objects or create boxes while Zoya can attack objects from range or grapple certain walls and surfaces. Finally, Pontius the knight has the most destructive power capable of taking down entire walls, deflecting objects with his shield or dispatching enemies with ease. 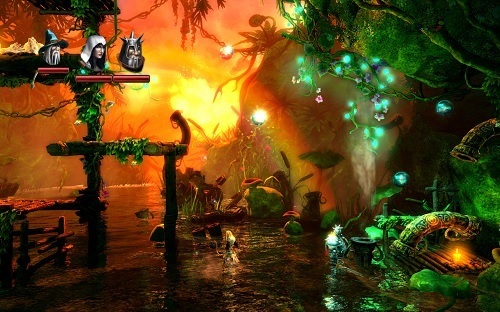 A unique and interesting feature of the game is the separate health points for each character. If one character loses all their hit points then they become unavailable until players reach the next checkpoint. Players also collect magic vials as they progress through the game which can be traded in for skill points to spend in the skill trees of the characters.

Trine 2 also packs in multiplayer support allowing players to play with up to 2 friends (for a total of 3 players). As you would expect each player controls one of the available characters making some form of voice communication a necessity.

Games Finder is a Steam Curator and featured in the aggregate review scores data of MobyGames and Neoseeker.
FEATURED ON
Games Like Limbo, Games Like Monument Valley, Games Like Ori and the Blind Forest
LEAVE A REPLY Cancel Reply