Tropico 5 continues the legacy of the series with a management and construction simulation game centred on city building and management with a humorous twist layered on top. While this addition to the well known franchise doesn’t step out of the Tropico formula too much it does find that balance of offering just enough new content to get old fans excited without moving away from the gameplay and style you’ve come to love to date.

One of the greatest additions to the Tropico franchise with the release of Tropico 5 is the introduction of co-operative and competitive multiplayer that lets you jump onto a city with up to three other players to work together or crush them instead. Unseen before in the series and also a rare addition to the management and city building genre in general this makes Tropico 5 a viable co-operative and competitive past time for any group of friends that values the genre. 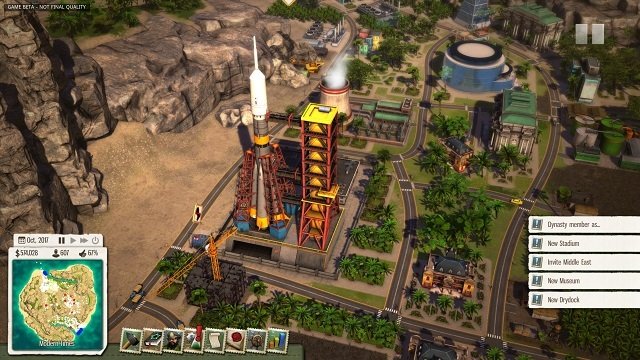 Staying true to the past games in the series players have great control over the history of the country that they (hopefully) lead through troubled times and achieve victory through survival to the end. From creating your El Presidente to the writing up of your constitution and various laws, players are in complete control of this background and helps you create that connection to your tiny but prosperous city economy. For other mechanics it is a mixed bag of change in Tropico 5 with some features completely cut (most notably in the avatar creation screen) while other areas have seen plenty of depth added to balance the spectrum.

This is most evident in the era and dynasty systems that have been introduced into the game and provide a significant boost to the progression curve. With the era system players will take their country through the colonial era, into World War II, beyond the cold war and finally into modern times of hopeful stability depending on the actions you’ve taken to get there. The result is a steady progression with each era presenting its own challenges to overcome and again builds up that sense of a realistic nation dealing with the fallout of world politics well beyond them. 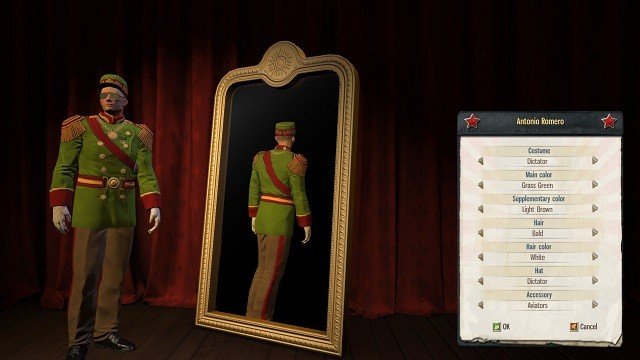 Meanwhile the dynasty system lets you create a legacy through your family as you place them in key positions and train their own skills so that they become a powerful asset while you are alive and eventually replace yourself as head of state. Players will also find that the trade and research elements of the game have received some attention that leads to more building choices overall as you advance through the eras. These buildings will belong to categories like infrastructure, raw resources, industry (luxury and general goods), residential, entertainment, environment, luxury entertainment, tourism, media, education, economy, foreign relations, military and water.

With the huge number of categories you’ll be able to construct all things big and small that a city needs to operate including parking lots, power stations, mines, refineries, mills, vehicle factories, houses, apartments, restaurants, museums, night clubs, stadiums, airports, hotels, tv stations, libraries, schools, banks, military bases and dozens upon dozens of other variations. Management is just as important as building your dream city though with buildings have costs, size footprints, power consumption and prior research to consider along with the number of jobs or housing capacity each creates. 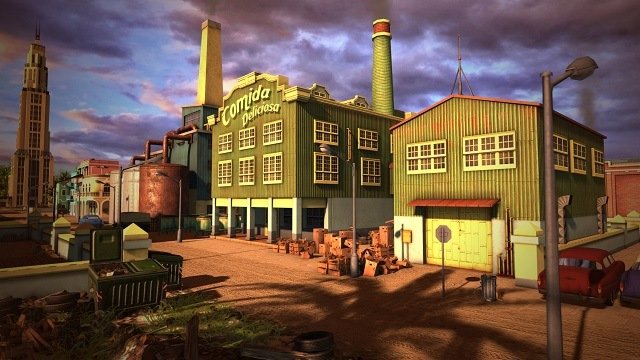 When these vast building options combines with the impressive list of variables that players can control in the sandbox mode (map, starting population, disaster frequency and economic difficulty) you’ll have a wealth of gameplay options to explore in Tropico 5 which are doubled once you factor in the improved multiplayer functionality options.