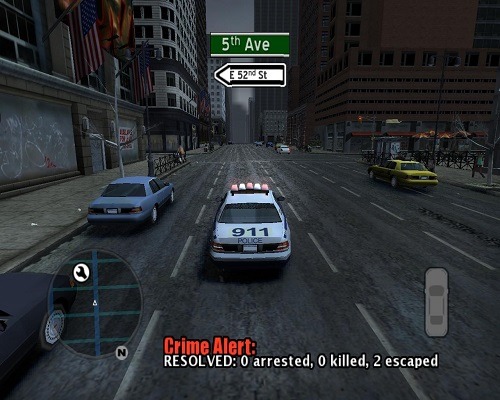 Marcus Reed serves as your avatar for this transformation who starts off his plot by witnessing his mentor’s death only a day after finally achieving his promotion to the rank of detective within the Organised Crime Unit. From here your story of revenge takes off across the realistic recreation of Manhattan, centred around four major cases to be solved. While players are restricted to one case to start their adventure the other 3 can be completed in any order after the first is completed.

True Crime: New York City falls firmly in the open world action adventure niche with players controlling Marcus in a third person perspective as they move about freely in the realistic Manhattan. Similar to the GTA titles before it True Crime: New York City offers freedom to the player who is able to traverse the city freely, take control of vehicles, accept side missions and harass civilians while completing the main storyline at their own pace.

A feature that particularly separated True Crime: New York City from the games of its day was the ability to walk into a large majority of the worlds buildings which would fulfil the roles of pharmacies, delis, dojos, car dealers and various other businesses to assist the player directly or extort for cash. Players could also call upon the public transport system or taxi cabs to quickly navigate around. 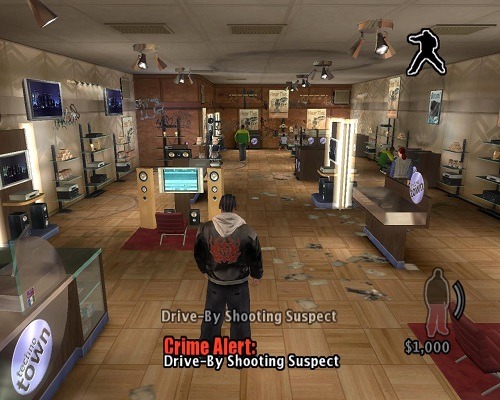 Exploration aside players would spend the bulk of their time shooting and fighting on the streets or within missions, with a common theme being players choice between good cop and bad cop options (like handing in evidence or pawning it instead) which does impact on the game ending. If a players bad cop rating gets too high you’ll be considered to have gone rogue and be attacked on sight by other officers.

When actual shooting is required players can utilise cover, auto-targeting and a first person slow motion which allows for more precise targeting. While melee combat revolves around 3 attack options (light, heavy and grapple) with stuns and melee weapons featuring heavily in these melee brawls. The effectiveness of your shooting, driving and fighting improves over the game as you rise through police promotions and spend money on upgrades.