Joining the ranks of other anime style MMO titles is Twin Saga a game with impressively colourful visuals, transportable player houses and a free class system that lets you swap between characters as you please. 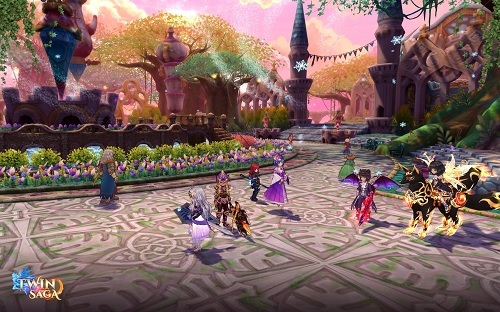 Travelling across the charming game world that has been split in two by the warring factions of the game players will customise their own avatar and then embark on a number of quests across the lands.

Additionally each class has their own special combos which can help improve damage output or provide additional effects such as the swordmaster who can use their fulmination skill after a leap strike for AOE damage and small boost to attack power. 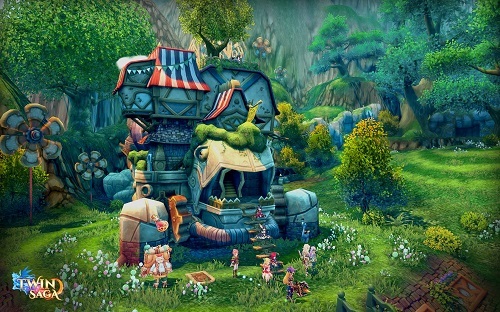 Outside of the combat Twin Saga has all the MMO support systems you would expect to see with the likes of crafting, fishing, gathering and farming which all are linked to each other. The most impressive and unique feature on offer though is hidden in the player housing, known as the Terracottage. This cottage serves as the players own portable home base while housing stations for crafting and food growing.

While similar to other anime themed titles that are out there Twin Saga does separate itself with the above mentioned housing and the use of cut-scenes to establish the story early, although they can tend to drag on when you’d rather get into the action.

This review was first published on March 17, 2014. Read our update policy to learn more.