Tycoon City: New York combines the tycoon and city building genres to create one of the more unique games like SimCity currently available. 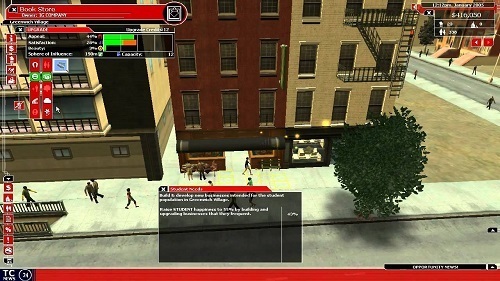 The game was published in 2006 by Atari and allows players to develop New York City (with a focus on Manhattan). Since the game is focused on a real world location players focus on the building of well known businesses and landmarks rather than designing their own city from scratch.

Players can choose from two game modes in Tycoon City: New York which gives the game some decent replay value. The main game mode (or campaign) has players slowly build New York one district at a time, with certain goals and tasks requiring completion before new areas or buildings are unlocked. The second mode is a sandbox mode which fans of other city building games will find familiar. In this mode players have the whole map at their disposable and can set a variety of parameters that impact the overall difficulty level.

The building aspects in Tycoon City: New York are fairly streamlined with three simple categories of buildings available (commercial, residential and recreational). Players will even recognise some of the popular brand name businesses and locations that are available to build in the game making the game particularly attractive to fans (or residents) of New York. 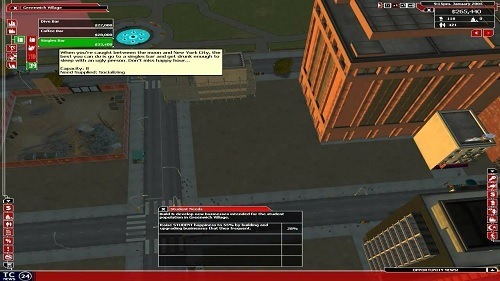 Business is the main focus in Tycoon City: New York with most objectives requiring certain amounts of money or buildings to advance. As such players will spend their time analysing their citizen’s needs, attracting customers and ultimately deciding how to maximise profit.

Overall the game is slightly less focused on city building than its competitors (like SimCity) but the combination of tycoon style gameplay makes for a fun mixture.

This review was first published on August 22, 2013. Read our update policy to learn more.

Games Finder is a Steam Curator and featured in the aggregate review scores data of MobyGames and Neoseeker.
FEATURED ON
Games Like SimCity
1 COMMENTS
LEAVE A REPLY Cancel Reply