Launched as a Wii U title and eventually brought to Windows/Mac Typoman offers up a dark aesthetic with a unique focus on spelt words as puzzle mechanics and to provide information to the player. 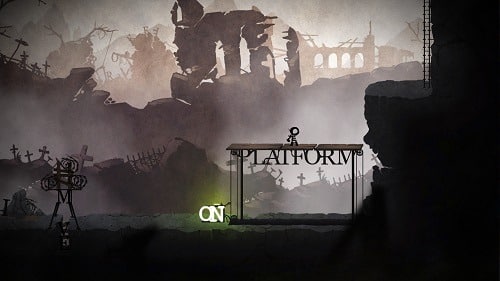 Starting as a simple O and then rolling down the hill to form a human like shape from other letters. From here you’ll start to pick up the various mechanics (all linked to words) which will serve you throughout your journey.

Said mechanics include picking up letters and moving them to spell words (such as ON to activate a platform), following instructions from the environment (such as GRAB instructing the player to grab onto ropes and swing across) and crafting words such as TURN to activate a switch that can’t be reached. Towards the final chapter you’ll see the difficultly really ramp up with multiple letters not being required for your solution, pushing the game more towards a word game than a platform one.

While letters can be pulled or carried to serve as a quick platform Typoman makes crafting words easy by bringing up a word box of all letters touching each other, allowing you to craft the words you require rather than dropping letters next to each other in a fiddly manner. 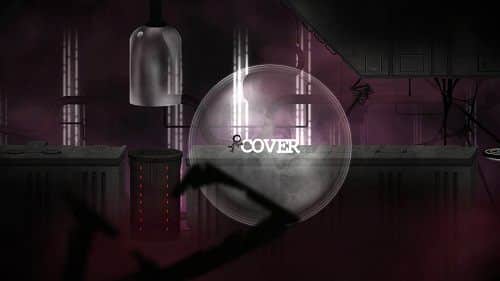 Building on these early foundations Typoman provides an interesting challenge and combined with the quotes scattered around the barren landscape makes it feel like all very surreal. Death comes particularly easy in this harsh environment with the likes of doom monsters (made out of words) chasing you your small letter man to squash and spikes of letter As being the common means of your demise.

The shifts (and balance) between word, platform and puzzle mechanics is highly addicting and serves Typoman well from start to finish. If your wordsmith skills are on the weaker side though (or you don’t care for them) you’ll be better entertained from other titles.