Ultimate General: Civil War brings high level strategy gameplay into an American Civil war theme with troop management, terrain consideration and officer progression systems there is a wealth of opportunity to develop your own deadly strategy. A separate title from the same developer titled Ultimate General: Gettysburg features similar gameplay while focusing on the events of Gettysburg specifically. 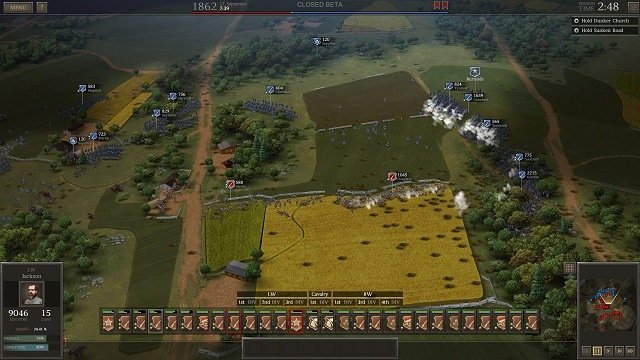 Pulling important battles from history gives Ultimate General: Civil War a strong mix of well known battles (Malvern Hill, Bull Run, Stones River, Gettysburg and Washington) and smaller key battles that often don’t receive as much historical study. The ultimate result is over 50 battles that blend large and small scale battles with various resources, terrain and units to master which provide no shortage of military content. The handcrafted terrain accurately reflects all of these battle locations and can even prove to be a vital tool in your defense as you use bridges, houses and trenches strategically.

Your role from battle to battle is the same however as you command your army while holding the rank of General which brings with it all the associated freedom and challenges. Uniquely depending on your influence and previous successes your available troops may vary which goes hand in hand in keeping your soldiers alive so that their battle experience can assist you in your next battle and helps to build the realistic setting. 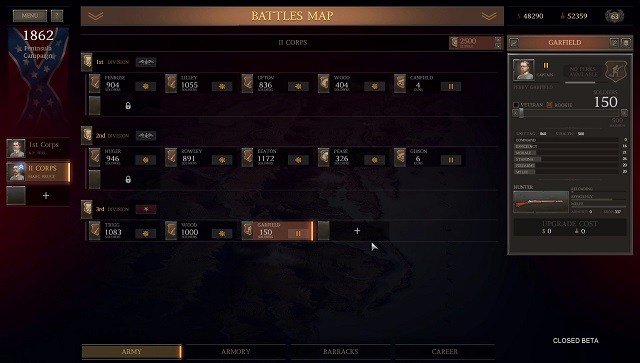 With this feature underpinning your decisions Ultimate General: Civil War gives you a real sense of a continuous war despite the self contained battles. It also introduces another layer of game over screen with generals that lack the reinforcements, status and army morale needing to resign from their war campaign.

This system also extends to your officers which serve as commanders for your troops and will develop throughout the 50 odd battles. As officers level up they’ll be able to lead larger groups of units while maintaining high efficiency which is vitally important for successful battles without significant casualties. Just like anybody else on the battlefield your officers can become injured or killed in action which will have you seeking a replacement to rise through the ranks. 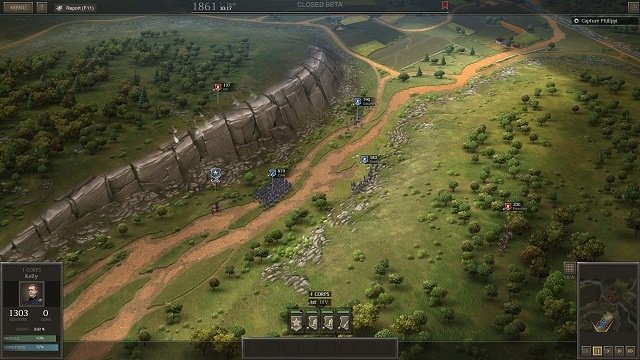 Interestingly Ultimate General: Civil War also gives you control over how much micromanagement you wish to utilise with innovative command tools that give you control over individual units if you wish. On the other hand though if you want to command entire divisions up a hill you can do so with a single click, relying instead on your battlefield generals to command troops.

With decent AI on both sides of the war you’ll find your troops generally make the best decision which encourages the higher level approach but the flexibility to dive into the troop level helps build frontline connection with your troop strategy. This might involve a deadly flank account, raids on enemy supplies or opting to defend a vital position which are all strategies the enemy will be looking to adapt and is particularly adept at capitalising on mistakes you make with high ground, troop movement and troop placement.

This review was first published on December 14, 2017. Read our update policy to learn more.