Launching as Marvel vs Capcom 3 and receiving an ultimate edition within the same year to add characters, stages and gameplay tweaks in addition to new platforms. Marking the fifth game in this well respected fighting game franchise it is also the first to integrate 3D character models into the game over the traditional 2D sprites creating visually distinct fights from the previous game iterations. 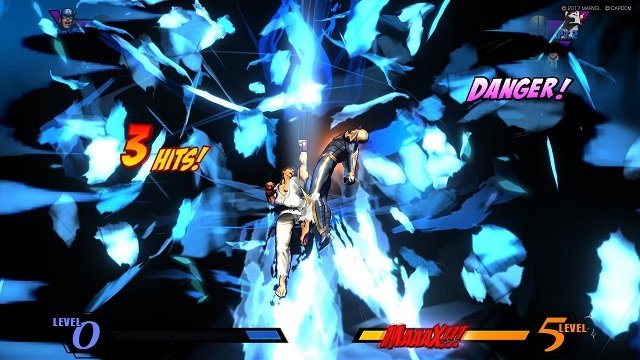 Modes are what you’ve come to expect from a fighting game with a mix of online and offline modes to satisfy your fighting desire against varied AI difficulties or other dedicated player fighters. One of the core modes on offer is Arcade mode where you’ll fight the AI in order to reach the final boss character giving you a progression based campaign light experience. Depending on your selected character you’ll also receive a unique ending sequence although these are fairly simple in design and not worth hunting unless you are a massive completionist or using it as an avenue to explore what all the fighters have to offer.

Other modes on offer include versus for the local player versus player fights, training mode to help you master your favourite character while adjusting the enemy inputs and mission mode for specific challenges that works together with Arena to give you fighting objectives to chase. Stepping into the online realm is also an option which is supported with the likes of leaderboards for you to rank up although lacks a spectator mode that would go well with the large 8 player lobbies that are designed for the unique king of the hill style game that brings larger PvP challenges to players. 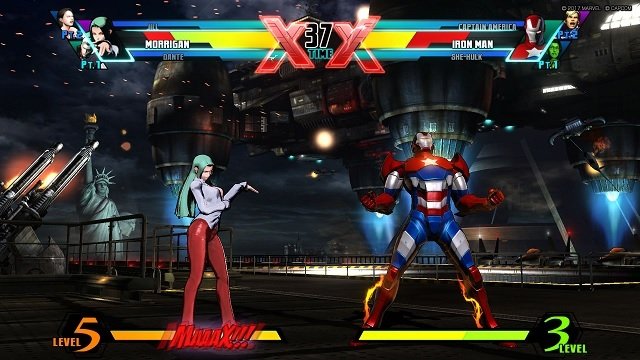 Just like other fighting games players will find Ultimate Marvel vs. Capcom 3 features a healthy cast of characters with their own special attacks, fighting styles and visual designs. With all DLC and the Ultimate edition you’ll have a cast of 50 to choose from that are equally split between Marvel and Capcom to ensure fans of both sides are satisfied. Newcomers to the Marvel vs. Capcom series include the likes of Hawkeye, Ghost Rider, Strider and Phoenix Wright.

Each fight in Ultimate Marvel vs. Capcom 3 is a familiar team based affair with 3 characters on each team that can switch out as necessary or call in a special move (assist) with all 3 needing to go down for a victory (subject to some game settings). As damage is dealt and taken during these fights you’ll fill up your Hyper Combo Gauge which once activated can fire off special techniques unique to your selected fighter. This is in addition to a new powerful mechanic called the X Factor, available once per each match which provides a large increase in damage, speed and health regeneration and balanced based on your remaining fighters to keep players in the fight and provide a pocket tactic of careful timing. 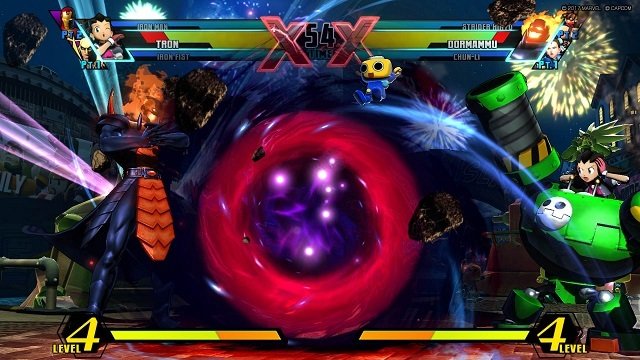 This time around it is even easier to achieve this unleashing of power with combat controls replaced with a simplified three button system based around light, medium and hard attacks. For newcomers that need even more simplified combat the alternative simple mode lets you launch complex attacks with less button presses. While there is no doubt some loss of control for veteran fighters it still retains a reasonable amount of fighting strategy to make the sweeping changes of simplicity an okay trade off.