Marking game number 4 for the Uncharted series and Nathan Drake Uncharted 4: A Thief’s End pulls him right out of retirement to reunite with this brother and Sully to search for clues and find Captain Henry Avery’s treasure. Serving as the final instalment in the franchise Uncharted 4: A Thief’s End delivers an impressive send off to the characters of the franchise both from a story and gameplay perspective while continuing the impressive and often extreme action adventure gameplay that the series is loved and respected for. 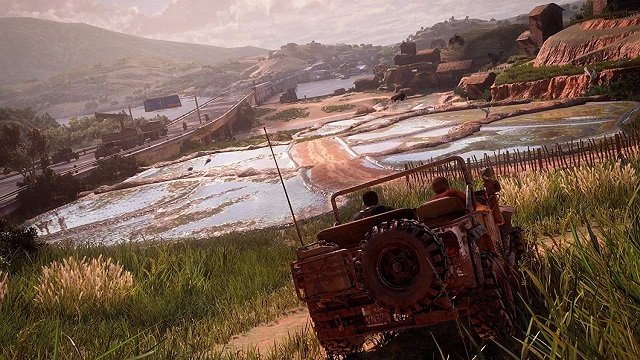 Just like the past additions in the franchise you’ll find familiar elements with settings, characters and the aforementioned over the top action being experienced from a third person perspective. A central part of this gameplay loop is controlling Nathan Drake in platform demanding sequences that require you to climb, swim, sprint and jump across gorgeous landscapes you’ll be heavily relying on your physical strength, acrobatic skills and the vital grappling hook alongside your own reaction time. Despite being a retired treasure hunter Nathan Drake shows no signs of slowing down with age and still able to perform all the movement tricks of past games in a flawless and fluent fashion.

Alongside platforming and environmental puzzles combat is a primary activity of your Uncharted 4: A Thief’s End adventure with enemies dispatched with an arsenal of guns with various pistols, assault rifles and sniper rifles available alongside some melee oriented combat options. Alternatively Uncharted 4: A Thief’s End offers improved stealth mechanics over Uncharted 3 for those that prefer to sneak behind enemies for quick kills. 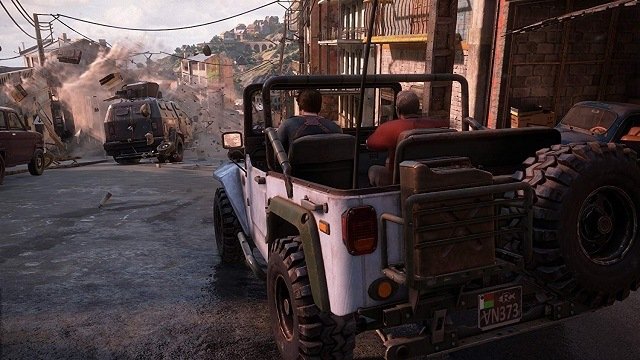 Other areas of Uncharted 4: A Thief’s End that have received some development love include removing the excessive focus on quick time events (although they still show up frequently) and giving players greater control over the various vehicles they can drive which is particularly noticeable.

It’s also easy to forget that Uncharted 4: A Thief’s End is primarily an action adventure game thanks to the branching multiple paths to explore and complete your objectives which help to create a sense of variety in the structured linear main plot. This illusion of choice is also present in the dialogue with players able to craft the flow of conversations although this is on the surface only and doesn’t have a flow on impact to the story. 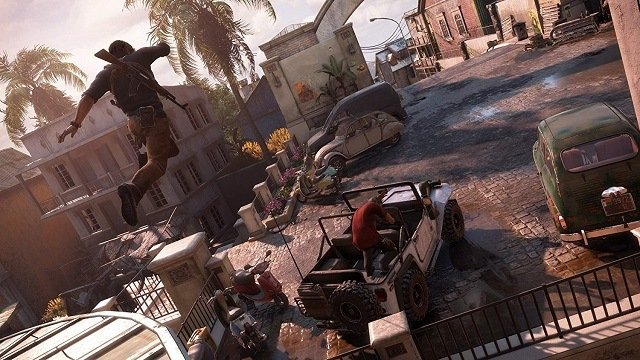 Another core element that helps here is some of the larger mini open world levels that contrast against the more limited ones to build a sense of a real world within the Uncharted 4 universe which are all filled with intelligent roaming AI that make the level sequences feel alive (with this intelligence also extending nicely to your allied AI).

These controlled AI also make brief appearances in multiplayer to assist you with fighting and healing on the battlefield. While it’s never going to compete with the multiplayer focused games out there in the market the modes, flow and mechanics are all solid enough to squeeze another dozen or so hours from your experience with up to ten players across the five available game modes. Those picking up the game well after release though are unlikely to be able to enjoy this component though given the game is not intended to hold a multiplayer audience over the longer term.