Set in the 19th century Uptasia mixes the genres of hidden object games and economic simulation together into a single free to play adventure. The result is  an interesting mix that you probably haven’t run into before and well worth trying if you are on the hunt for a game in either of these genres but want something different. Originally available in your browser (since retired) Uptasia is now available for Windows and Android. 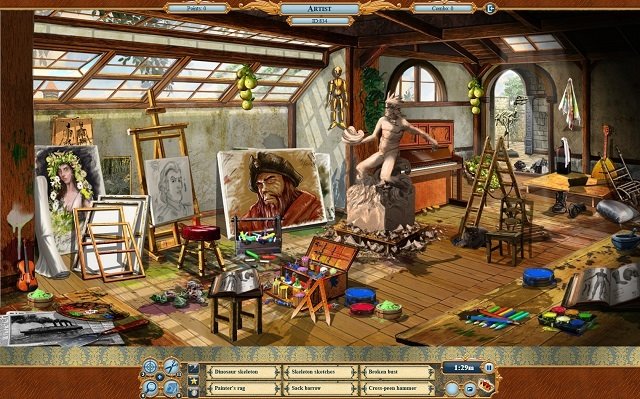 In Uptasia players are put in charge of developing their own economic empire as you go from creating baked goods in your bakery to eventually expanding your production into other goods. This includes the likes of perfumes, sinks, medication, art, padlocks and all sorts of other useful random items. With increasingly advance economic goods to produce you’ll sell these creations to the ever growing population of the town which is one of the main measures of your success and serves as the management side of your adventure.

Placing production buildings are thus the heart of the Uptasia game with players having to carefully decide their next move on what to produce, what to build and what to upgrade. With careful planning you’ll be able to expand at a rapid pace as with most economic titles. Between collecting resources and turning them into products to sell there is always something going on in the game with only small amounts of waiting in your early steps of progress. 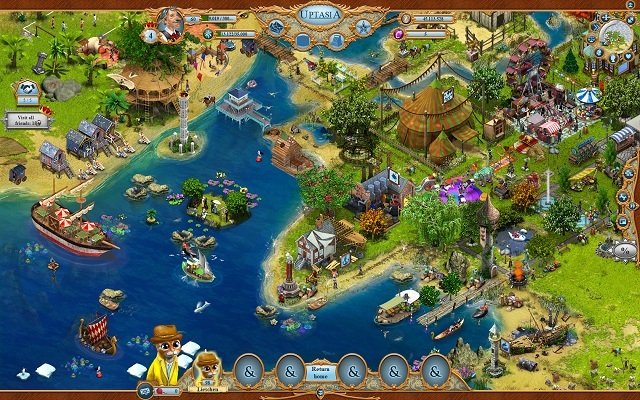 In between managing your empire players will get the opportunity to participate in hidden object puzzles games which provide additional gameplay variety. With 60 seconds to track down a list of objects and points awarded for speed and accuracy these can be a reliable option to acquire rewards and provide some active gameplay. With clicking on the wrong item resulting in your overall time being reduced you won’t just be able to click or tap away randomly at the environment either like you might in other hidden object games without consequence.

Uptasia also offers a range of quests underneath this gameplay that will challenge you’re empire management skills and help guide your progression into the new age. While these are fairly straight forward and won’t stretch you too much they do require you to change up your focus to producing certain goods or constructing a certain building. 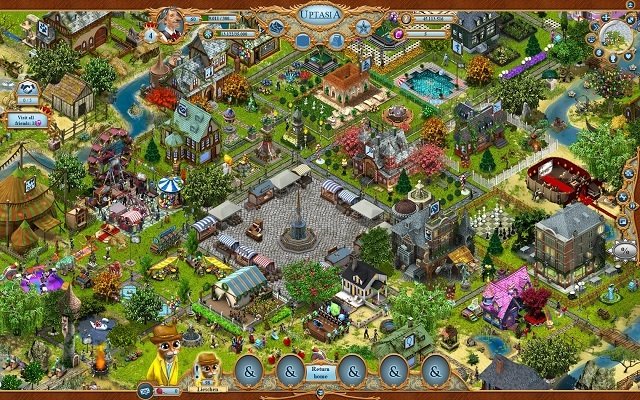 The mix of gameplay offered by Uptasia is definitely unique with the two game types blended seamlessly together into the one offering. Both of these game types are also delivered to a high quality with either aspect feeling like a fully fledged title although being a fan of both genres will give you the best experience.

This review was first published on August 31, 2014. Read our update policy to learn more.