Urban Crime is a free iOS game from Gameloft that aims to capture the gameplay of Grand Theft Auto and other open world experiences. The game is a spin off from Gameloft’s popular open world Gangstar series also for mobile devices except that it comes with a free price tag instead of being a paid app. 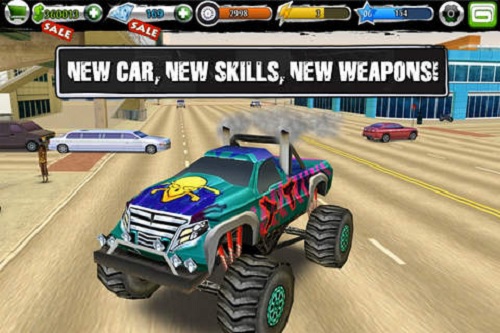 Urban Crime takes place in the city of Miami where a war between rival gangs has reached breaking point. It’s up to you to ensure that your gang comes out on top by completing missions for money, power and fame. Players are free to roam the world of Miami as they please and have access to an impressive arsenal of weapons to show their superiority to rival gangs.

The core gameplay is fairly simple in Urban Crime and is heavily based around the randomised mission system. As players complete enough random missions they’ll be able to battle a gang leader and once defeated will be able to claim that territory as their own before moving on to the next piece of territory. 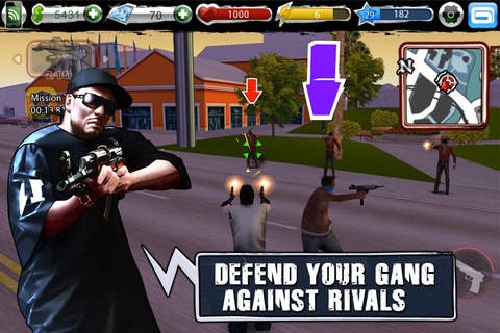 These missions are exactly what you would expect from a gang and include car races, escort missions, assassinations and other forms of crime. While there is a good amount of variety in mission types the missions themselves often have little variety in them which can lead to repetitiveness syndrome pretty quickly on longer play sessions.

If you need a game that lets you get a fix of open world gameplay without an associated price tag there aren’t many better options than Urban Crime just don’t expect to be able to play for hours on end due to the energy restrictions and repetitive style of gameplay.

Games Finder is a Steam Curator and featured in the aggregate review scores data of MobyGames and Neoseeker.
FEATURED ON
Games Like Gangstar Vegas, Games Like Grand Theft Auto, Games Like Saints Row, Games Like Sleeping Dogs
LEAVE A REPLY Cancel Reply