Vainglory attempts brings the massive growth of the MOBA genre in recent years onto mobile (iOS/Android) devices by producing a title that is impressive, fun, fluid and satisfying despite the limitations of hardware presented by the platforms. After a successful initial launch in 2014 the game transitioned to cross platform play in early 2019 with a Steam release for Windows and Mac offering new ways to access Vainglory. 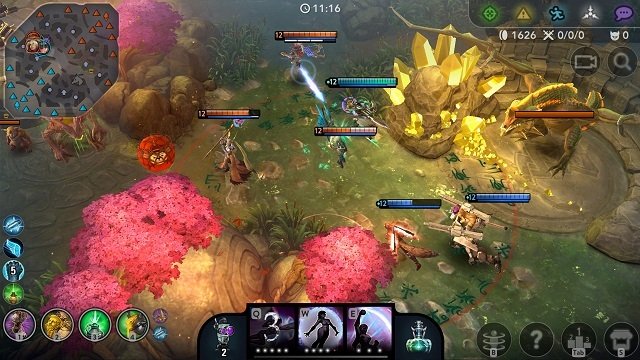 With the mobile origins of Vainglory the game is designed to be on the shorter side of match length and targets that 15-20 minute window where most other MOBA games are barely entering their mid game. Vainglory also offers bot and other modes for those looking to push this time into 5-10 minutes but serve more as a practice mode for the core MOBA component. This is in addition to the in game Academy that provides plenty of tutorial content for newcomers to the MOBA genre in general.

Like others competing in this space this core is a 5v5 hero battle arena experience (although Vainglory’s mobile foundations was 3v3) where players select from the unique pool which currently stands at near 50 heroes. While not deviating far from familiar archetypes such as assassin, sniper, mage, warrior and protector all of the characters have wonderful unique designs. 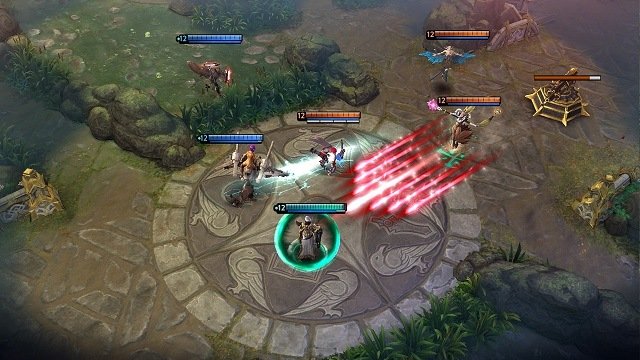 Each also comes with 4 varied skills (one of which is passive) that complement their intended playstyle and allow them to serve roles as either junglers, captains, mid or top laners which is a meta likely to be familiar to any MOBA gamer. Further customisation is available by skill overdrives that allow players to select particular skills to maximise for enhanced ability versions and alter how characters might be played. This ensures that Vainglory is creating that skill based combat as you have to understand both your abilities and the enemies and capitalise on their weaknesses or direct mistakes to secure a 1v1 kill.

Despite the mobile origins Vainglory is by no means short on fundamental mechanics either with a neutral jungle, objective based map locations, last hitting mechanics, wave management, teleports, active use items and fog of war. With all of these mechanics you’ll find that Vainglory feels just like any other high tier MOBA title as you fight over vision control and objectives while seeking to create efficient team compositions. 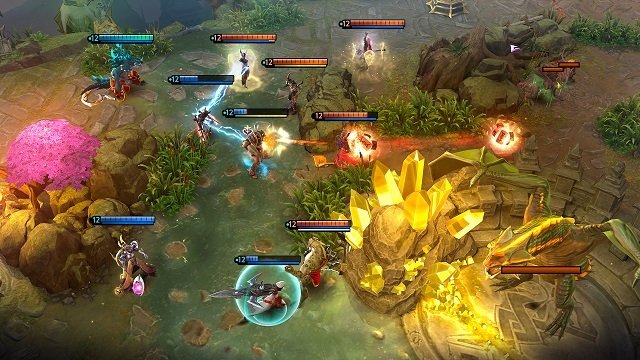 Individual match flow is also similar to the high tier MOBA titles with an early game focused around acquiring as much gold and experience from last hitting the minions fighting in lanes before transitioning to middle game skirmishes and late game objective control. Gold is vital to character growth through weapons which improve or modify your basic attack, crystals which alter or improve your skills for heroes that don’t rely solely on auto attacks and general utility items that provide speed, health, shields or vision and generally reserved for the supporting captain role of the team.

With everything it has to offer Vainglory stands well ahead of other mobile MOBA options which are simply don’t over the range of mechanics or polish.