Valdis Story: Abyssal City combines exploration, platforming and action into it’s Kickstarter funded adventure that smashed through it’s ow value goal of $8,000 to complete development. With the extra money invested into the game the result is a quality little game package that only has a few issues holding it back. 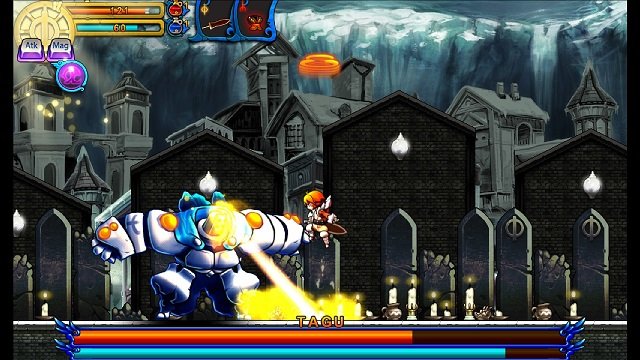 Set deep within the war between angels and demons players may take on the role of Wyatt as they find themselves surrounded by mythical angelic beings and dark demons but also supported by 3 other protagonists of Reina, Gilda and Vladyn who are alternative player characters. After being attacked at sea by a large beast they find themselves rediscovering the lost city of Sitheil where the war is thought to have originated from and is now home to various inhabitants thanks to the protective bubble that surrounds it and protects humans within it.

The game is set 40 years after the dramatic events foretold to have happened within the city where the goddess Valdis was killed by her own daughter, Myrgato. This murder has since lead to a war between Myrgato and her twin sister Alagath who represents the light side in this chaotic war. Central to this war unfortunately is the human population, whose souls are the fuel in this seemingly never ending engagement. These souls are turned into demons by Myrgato and angels by Alagath which in has decimated the remaining human population. A key feature of Valdis Story: Abyssal City story content is masking good and bad in this battle making it grey as to who is in the right. 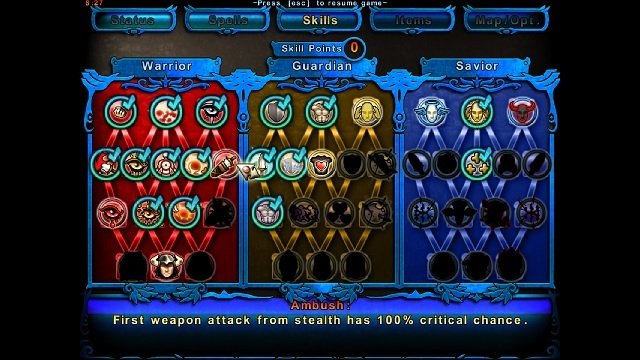 Gameplay is centred around this magical under water city with various demons and angels searching the city for any ancient powers that may give them a leg up in the never-ending war between the two sides. These foes come in many forms along with equally diverse city locations that makes combat engaging and varied throughout.

At the core this combat is a side-scrolling title where players play as a mixture of the aforementioned for protagonists who bring their own weapons, armour and abilities to Valdis Story: Abyssal City with inclusions such as swords, firearms and claws that alter the flow of combat and your overall strategy. A core mechanic across the characters is use of the light and heavy attacks at a fast pace while balancing your limited ability power to dodge damage or deal damage instead. Your choice of character will also alter some of the narrative although this is minor in comparison to combat differences and mostly just dialogue. 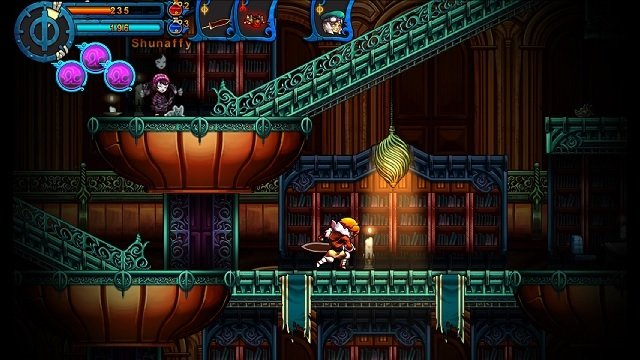 When everything is brought together you’ll find Valdis Story: Abyssal City offers an addicting blend of action, platform and exploration that creates a Metroidvania inspired experience. This includes plenty of impassable locations and areas which can only be passed later once an appropriate skill has been acquired. Unlocking said skills builds further on the RPG elements of Valdis Story: Abyssal City with a healthy array of skills to unlock in the character skill trees to aide your movement, defensive or offensive capabilities in addition to an equipment system to min-max your ideal stats.

The only hiccup in your action adventure in Valdis Story: Abyssal City is the control scheme which requires a controller to overcome although doesn’t completely address some of the annoying UI design decisions.