The stage for your Valkyria Chronicles experience is the fictional region of Europa which takes clear inspiration from a real world Europe during World War II as two powerful factions of equivalent strength battle against each other. With the war now at the peak players are placed into the shoes of an unlikely hero that steps into the war after his neutral town is attacked for their resources of Ragnite Ore. Despite their neutrality your nation of Gallia is prepared to counter attack against the invading Imperial Alliance and it is up to the player to use cunning strategy and a hand-picked team of militia to protect everything that you hold dear. 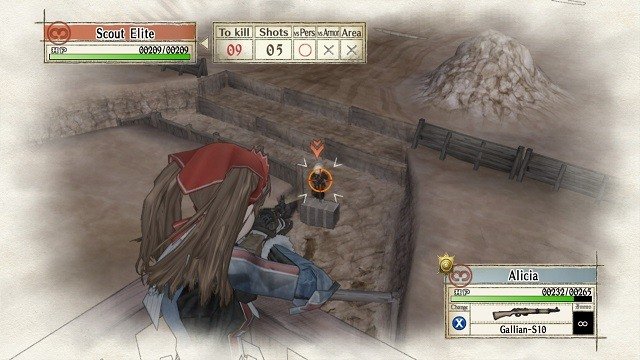 In total players will defend Gallia across a series of 19 game story missions which as one would expect slowly provide players with additional combat options to utilise in their tactical turn based combat strategy. The majority of which are focused on eliminating enemy units, defending your location or capturing an enemy base through superior strategy.

At the start of each turn in Valkyria Chronicles players will find themselves in the ‘Command Mode’ where they can view the battlefield from an overhead view. During this mode players will want to consider the position of your team, the enemy and various environmental features that are important to combat (such as trenches and sandbags). From here you can select an individual unit and take control of them in the action portion of the game that puts you control of movement and even aiming. 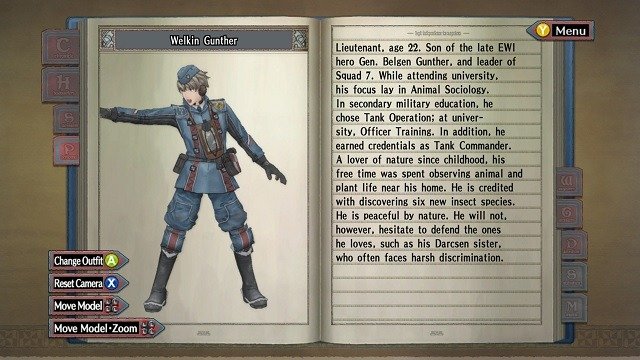 Like traditional tactical games character movement and actions are limited by their action points (AP) with the overlay of your command points (CP) that enable your real time control over individual characters. Known as the BLiTZ battle mode (Battle of Live Tactical Zones) this unique mechanic sets Valkyria Chronicles apart from other tactical titles and a core element of the games success.

Once you’ve completed the battle you’ll get the usual cache of experience and money that you would expect from a RPG title which can be invested back into your time for the missions ahead. This experience earned is used to level up the different classes in the game instead of individual characters which allows players to enjoy greater freedoms of choice in your battle team. Levels gained improve the base attributes of your units with elite status at level 11 granting an AP boost and some upgraded weapons for some of the available classes. With this mechanic design players are also likely to feel significantly less punished when a character does die. Note that story specific characters cannot permanently die and will retreat from battle when severely wounded although some story missions may be failed if this occurs. 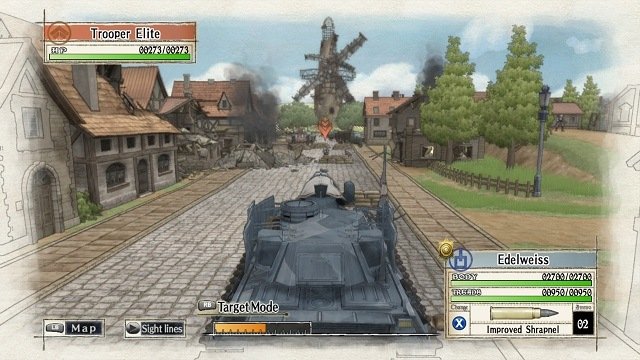 The 5 available classes include the Scout which serves as your versatile unit for medium to long ranged attacks or reconnaissance, the Shocktrooper who are specialised at breaking fortifications, the Lancer that have high defence due to their heavy armours, the Engineer that supports your troops by repairing machines and soldiers and the Sniper who is a long ranged specialist. Individual units also have a personal potentials system available to them that grant special bonuses based on external factors such as terrain or being within sight of a large number of enemies and give various positive or negative boosts that need to be managed.

Games Finder is a Steam Curator and featured in the aggregate review scores data of MobyGames and Neoseeker.
FEATURED ON
Games Like Advance Wars, Games Like Final Fantasy, Games Like Fire Emblem, Games Like Ni no Kuni, Games Like XCOM
LEAVE A REPLY Cancel Reply