Not content with replicating video game experiences offered before it A Valley Without Wind explores a different path by mixing together a range of genres into a single action, strategy adventure title which was further refined in the sequel. Your objective in A Valley Without Wind is restore order to the world as you save it from its own self destruction at the hands of an evil overlord in a post ice-age style era. 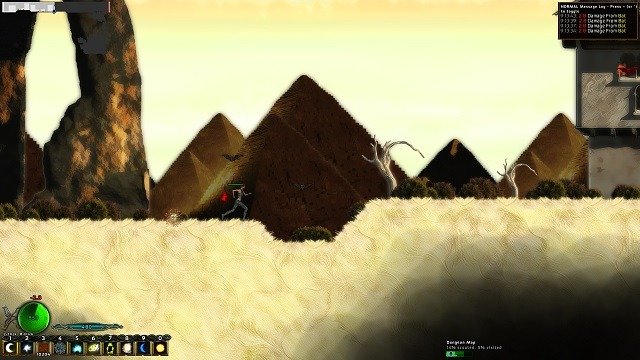 Fundamentally A Valley Without Wind is a 2D side scrolling game with a healthy amount of freedom in how players approaching the game underpinning the entire adventure. This is particularly evident in the free roaming of the game world and more uniquely the ability to battle the end game boss at any time, although your chance of success greatly increases the more time you invest into an individual run. The term run is important as death in A Valley Without Wind is permanent although some of your acquisitions in inventory, enchantments and some other progressions is carried over.

This aspect of choice extends far beyond your end objective though with the path you take there similarly open to player choice. For example a focus on quests can ensure a consistent albeit average strength of spells and gear while those willing to gamble and free roam the game world may find secrets that lead to more powerful spells and items butt without guarantee. 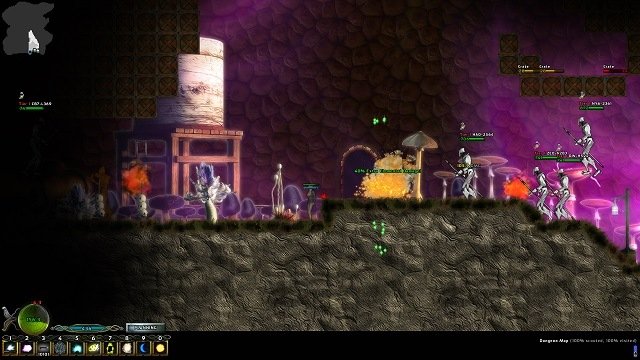 The game world also has some interactive elements behind all of this with monsters and your settlement hub being directly impacted by your choices and even skill selections to in theory provide a dynamic difficulty although this can be hit or miss in practice. At its simplest this means mutating enemies that you kill to encourage you to look elsewhere for experience or continue farming them for a tougher fight.

With the world also having procedural and dynamic generation the goal is to provide an adventure that is never the same with every little piece of progress assisting in you reaching your ultimate objective of the evil overlord but the design encourages a marathon approach rather than a sprint to the finish as you diligently build up your civilisation and arsenal of skills to tackle the almighty foe that towers over the land known as Environ and build up your own resistance force in your settlement. 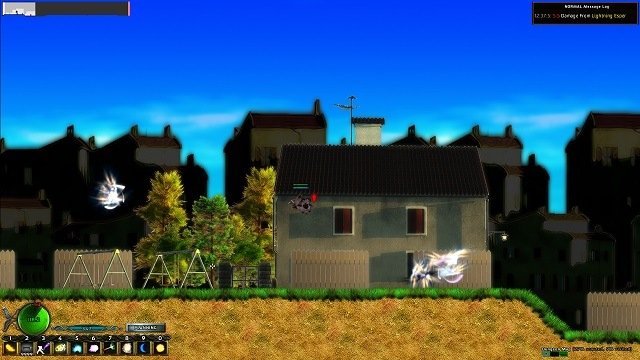 The result is a game experience that slowly ramps up and requires some patience to fully appreciate all the mechanics under the hood which aren’t obvious on first glance. Accordingly, if you’re the type that needs to be instantly engaged or wants to fully understand the underlying game mechanics from hour one you’ll likely find yourself frustrated at the design of A Valley Without Wind.

Games Finder is a Steam Curator and featured in the aggregate review scores data of MobyGames and Neoseeker.
FEATURED ON
Games Like Starbound, Games Like Terraria
LEAVE A REPLY Cancel Reply

A Valley Without Wind