Vega Conflict was developed by Kixeye and is a space based MMO that lets you capture the galaxy with strategy and cunning tactics. 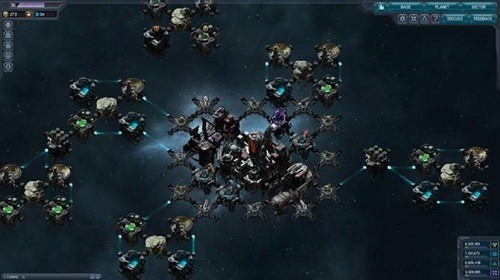 In the game you’ll start off with your own space base which will be placed near a random planet in the solar system. These planets act like island neighbourhoods and are where you’ll find your friends and enemies in the game world. There is no need to jump out and make enemies straight away though with the standard new player protection that most games in the genre have lasting for the usual week.

The game also allows you to return to a protected state when you take a huge beating so you won’t be able to farm endlessly off inactive or less active players which does prevent some of the abuse that is prevalent in other games of the genre.

Outside of PvP opportunities there is no shortage of PvE to experience with players able to attack fleets of traders that spawn out of certain areas every now and then. The levels of these fleets (and thus difficultly/loot) varies which makes it fairly enjoyable as you wait to see what spawns. Once engaged in combat players will face off with their fleet of ships against their enemy and direct individual ships accordingly. 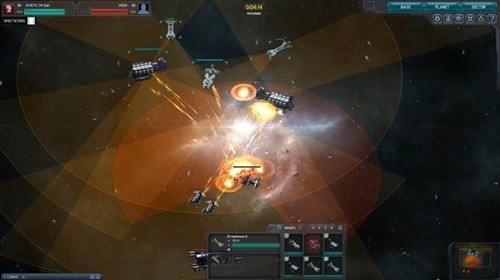 As you can customise each ship in your fleet from a good variety of options there are multiple approaches to this combat from beefing up your defences and going in head first or trying to split up the enemy instead.

Vega Conflict is a whole new breed of MMORTS and well worth playing for fans of science fiction and the real time strategy genre.

This review was first published on December 11, 2014. Read our update policy to learn more.