Vendetta Online sends players through a galaxy of cross platform play for space explorers on Windows, Mac, Linux, iOS and Android. Available initially free on all platforms through a trial period continued access to the Vendetta Online game world requires either a Lite subscription ($1 per month) with some game restrictions or the full Premium subscription ($9.99 per month and lower for annual purchases). 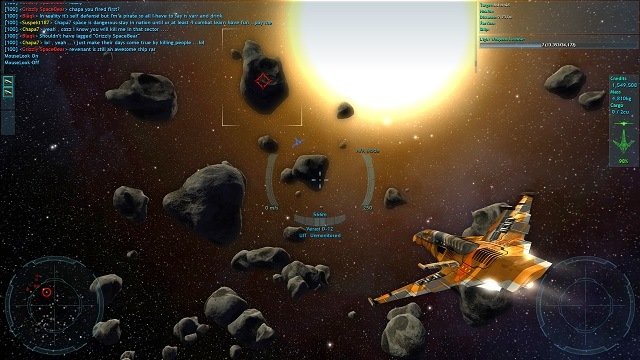 As a MMORPG experience Vendetta Online has a vast game world universe to explore as you interact with potentially thousands of players that all inhabit the same persistent game universe regardless of platform. Vendetta Online has a long and detailed game setting that covers over 2000 years of human history prior to the current state of affairs which features in depth accounts of the three factions that inhabit the galaxy and their motives. Joining this space race as your own pilot of a customisable spaceship your future and objectives are your own as you fly through the universe completing activities and combating both NPCs and other players.

As your own pilot players are free to align themselves to the three major user factions of Itani, Serco and UIT that have their own lore, stations, trade goods and unique ship. From this foundation though the story you create for yourself is your own with the galaxy offering opportunities for you to become a wealthy well known trader, a masterful combat pilot, a pirate that preys on the weak and everything in between. Like similar galactic MMO adventures Vendetta Online splits itself into lawful and lawless locations so you’ll have some protection regardless of the path you take as you balance risk and reward of these areas and maintain awareness of your surroundings. 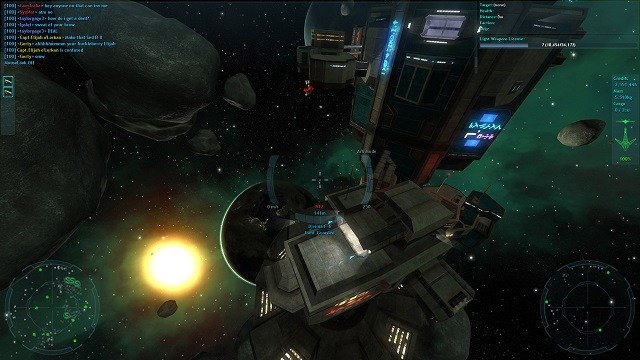 Ultimately every action you take counts towards progression in some form and primarily revolves around skills known as license levels. Available across combat, light weapons, heavy weapons, commerce and mining this progress is monitored by the government entities of the galaxy which open up new opportunities for game content and equipment. Along the way you’ll also acquire and lose faction reputation with the various minor and major factions that impact how they treat you and builds into the broader role playing experience that Vendetta Online offers.

While license levels are key the most obvious sense of progression is in the equipment it leads to from the core ship to the weapons and power cells you equip to it. Split into light, medium and heavy there are over a dozen ships that specialise in combat, trading or somewhere in between and further customised through colour options. 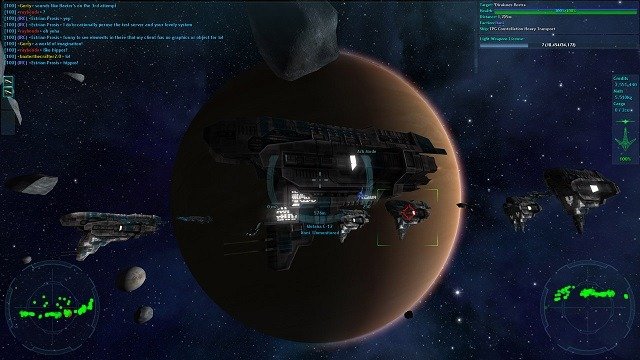 With your ship selected players will unlikely be able to move through the Vendetta Online universe without some PvE or PvP combat engagements and this portion of the game promotes skill and tactical based thinking over random chance mechanics. Combat like exploration is a fluid experience with players having fantastic tight control over their ship in the 3D game space. Combat utilises this 3D space perfectly requiring players to line up shots against their enemies while avoiding the weapon fire in return. With combat types from pirating, capture the cargo, duelling, border combat, raw PvP, hunting the hive and station conquest there are a number of game interactions that utilise the enjoyable combat loop.

For those that spend less time in combat though you’ll find that the peaceful game activities of racing, mining, trading and manufacturing equally engaging as you craft your own path in this sandbox MMORPG adventure.

Games Finder is a Steam Curator and featured in the aggregate review scores data of MobyGames and Neoseeker.
FEATURED ON
Games Like Elite Dangerous, Games Like EVE Online, Games Like Freelancer, Games Like OGame, Games Like Star Citizen
LEAVE A REPLY Cancel Reply