With a Van Helsing inspired setting that combines science and magic together into its game world Victor Vran is an action RPG that focuses on bringing more mobility to your character than other titles in the genre. Starting its life as a computer based title the game was ported to PS4, Xbox One and Nintendo Switch under the name Victor Vran: Overkill Edition which included the games two additional DLCs (also available for computer players).

Playing as Victor Vran you’ll step into the shoes of a demon hunter who has recently arrived in the city of Zagoravia and aims to assist in removing a demon infestation that has taken over the town and sourced from an unknown location. It’s a traditional action RPG setup that ties in perfectly with the Van Helsing lore which sees you wandering into a town in need of monster vanquishing. 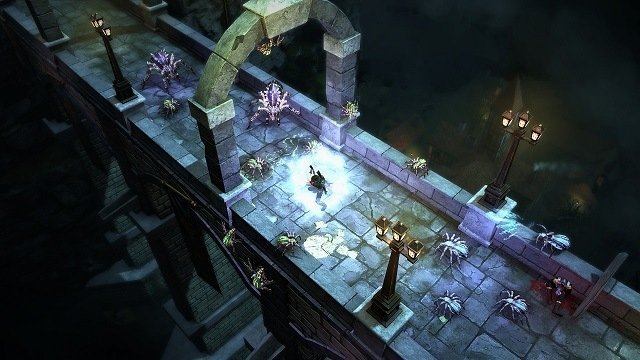 While the setting and story is one that many games have tackled before Victor Vran is by no means your carbon copy action RPG outside of the story framework with some exceedingly unique design choices around character customisation, mobility and combat. All of these mechanics help Victor Vran have redeeming qualities that you’ll remember beyond the short adventure.

During character customisation players will uncover that character selection and customisation is essentially non existent with players all taking on the same Victor Vran character. This does not mean players are without a means to customise their character though which is instead handled through the weapons that you select and in turn give you access to different skills that are usually offered through an action RPGs class mechanic.

In general this means 3 separate skills tied to each weapon along with different statistics and unique mechanics from legendary weapons provided you can find them during your loot hunt. Weapon options are fairly diverse in Victor Vran with melee focused options such as the scythe, hammer, rapier and sword complemented by ranged weapons like shotguns or lightning guns 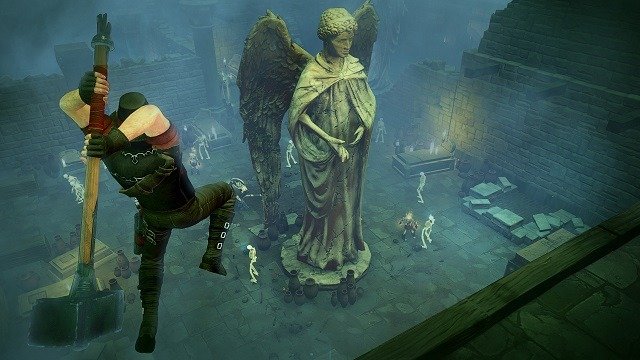 Character customisation is unfortunately almost non existent with everyone playing as the same Victor Vran which does take a step away from other action RPG titles. Instead your “class” is dictated by the weapon you use which also give you access to different skills. This includes melee weapons like the scythe, hammer and rapier and the long range weapons such as shotguns or lightning guns. The respective DLCs build further on these options to add extra diversity and offer new playstyles.

Further customisation of your own personal Victor Vran is handled through your demon powers which are unlocked through the game. Demon powers are designed to offer playstyle altering playstyle when paired with different weapons and include abilities like a teleportation blink, a slow time bubble, a deadly pull attack to close the distance, a protective diamond shield and a deadly ranged meteor attack amongst others. Other mechanics to customise how you fight and defeat enemies include passive destiny cards and armour that changes how you interact with the games overdrive system.

This overdrive mechanic serves as the mana and cooldown function of the game, slowly regenerating as damage is dealt with bonuses for critical strikes and allowing players to cast the aforementioned demon powers. 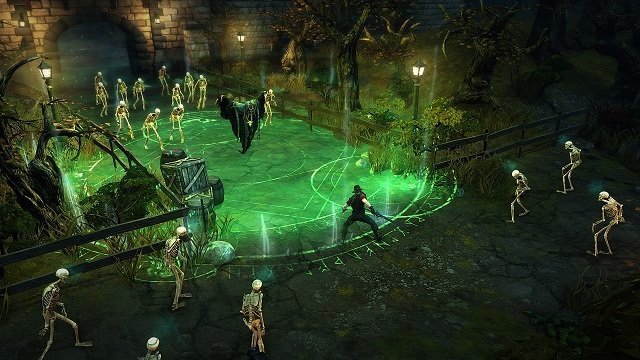 While this weapon based approach to gameplay creates a great amount of variety you’ll still be somewhat limited by the weapons you find in creating your build even if your preferred playstyle might push you in a different direction. Victor Vran does counter this somewhat by allowing players some choice in their level rewards and handing out extra rewards for players that complete side objectives of each area but without a robust crafting or NPC merchant system it can be hard if you are stuck with a powerful sword but would prefer to run a shotgun.