Set within our own universe but allowing players to influence their own historical events is Victoria II, the second game in the Victoria franchise and developed by Paradox Development Studio. The game spans approximately 100 years from 1836 to 1936 and tilts towards economics or diplomacy rather than solely about war although this is still an option for those that want to take the difficult path and go against the grain. 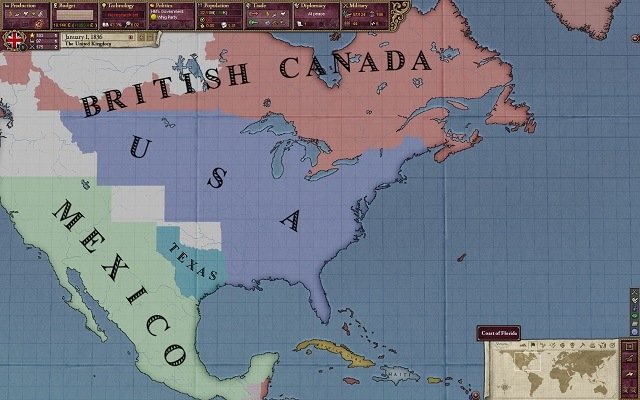 Featuring a number of improvements over the original Victoria title such as improved AI, more depth in a number of the core game areas and a greater array of automation it’s proven to be the stronger of the two experiences. Given this newcomers will likely want to join the historical era grand strategy title with Victoria II while veterans will welcome the transition to improved game fundamentals.

With over 200 nations for players to control Victoria II is not shy on offering choice right from the start. These nations are split across the time period the game is set and shift in and out of being player depending on the game settings selected to remain historically accurate. Familiar faces like Brazil, Japan, Sweden, France, China and Belgium are particularly attract picks due to their position in the world and lack of immediate threats. 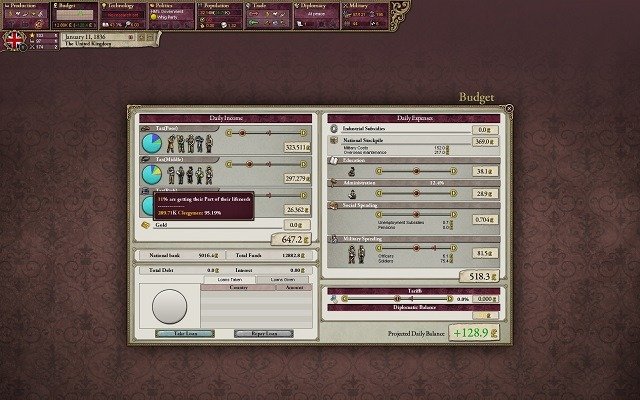 This vast choice extends beyond this nation selection as well with a detailed and complex economy that allows you to adjust countless levers to drive your economy through the years ahead and your ultimate goal. This ties in closely with the population of your controlled nation which is made up of various internal groups such as farmers, labourers and soldiers who assist your nation indifferent ways and can only be controlled on a macro level.

All of these elements tie in well to create a realistic world market that moves and flows over time shifting player requirements from resources and encouraging trade to avoid being a a jack of all resources but master of none. This is achieved through careful diplomacy that happens both externally and internally with players having to manage their own government and relations with neighbours close and far. This is a fairly simple system that tracks players relationships on a scale of -200 to +200 with certain actions altering this number up or down appropriately. Several nations known as Great Powers can also significantly alter this balance and add that extra layer of depth and management. 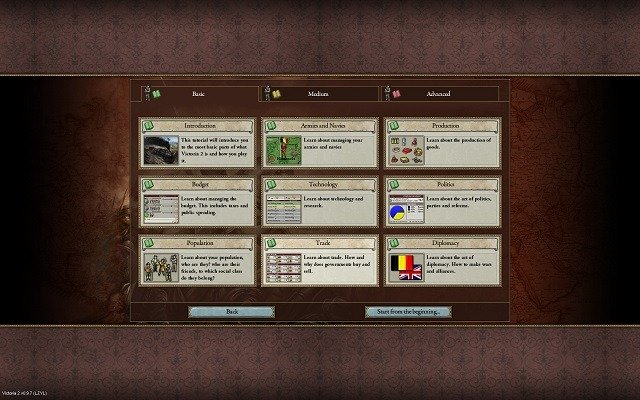 For those that would rather blow this out of the water and opt to go the warfare route they’ll find a system comparable to that of Europa Universalis with players moving units between provinces with scouting out intended battle locations while offering bonuses for short battles. Battles are won more on technology than raw numbers but reaching a point of military strength will impact your other nation functions significantly so you’ll be unlikely to win a drawn out war.

For those grand strategy fans that like to get their hands busy in the economy and political systems you’ll be well served with the second game in the Victoria franchise that grows the historical franchise further.