Take up arms as a massive Viking as you jump right into the chaotic lane based battles of Viking Squad. Available for Windows, Mac and PS4 this title pulls plenty of inspiration from the age of Vikings long past to deliver a combat focused co-op brawler. 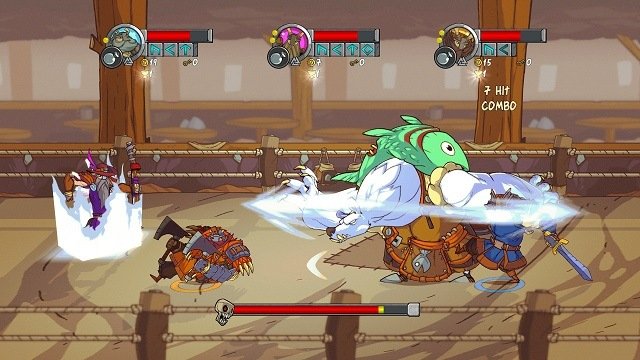 Supporting a Viking squad of up to 3 players (local and online) the game is all about obtaining loot and dominating fights against various enemies. You’ve got 4 different characters to select for this loot filled adventure that each have their favourite weapon from dual axes and hammer to sword and ranged arrows. Regardless of character though you’ll have similar basic moves that include a familiar array of standard attacks and dash moves that must be utilised correctly based on the enemy matchup.

Further combat depth is delivered through devastating rune powers unique to each character and the combos that are slowly taught to players as the game advances and thus provide the sense of progression and combat growth from start to end. Viking Squad also returns to the golden age of environmental pick ups with plenty of barrels, vases and stone towers to move around the battlefield and destroy to give you some variety and interaction with the game world. 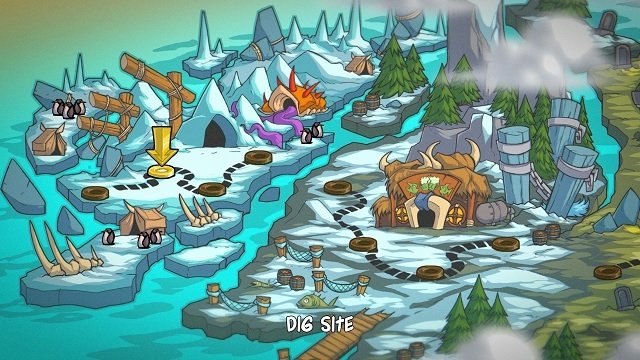 The best feature of Viking Squad though and what separates it from the other co-op brawlers on PC and consoles is the lane mechanic which splits the map into distinct lanes for fighting. No longer will you miss an enemy due to a slight difference in your map position which is quite possible the most frustrating element of any side scrolling beat’ em up. Movement between the lanes is always fluid and are generally visually separated by the environment design which makes it easy to see which lane enemies or objects are within and plan accordingly.

Settings and particularly enemies are quite varied and wacky with their own strategy to ensure the Viking Squad adventure stays interesting throughout. You’ve got some enemies that will kite you, charge in or even just run off screen which helps build that persona of crazy Vikings invading your lands. All of this feels nicely balanced with solo players still standing a good chance, although as expected the game shines with others both from a difficulty balance and general gameplay flow. 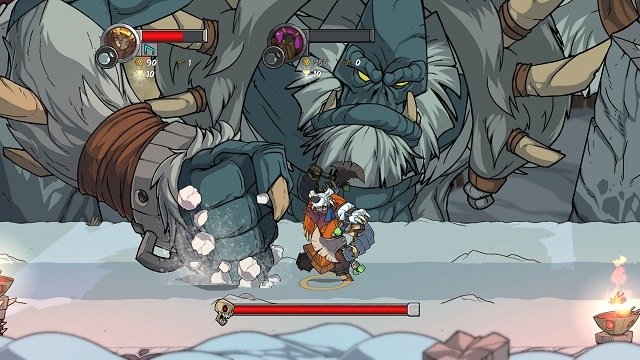 Viking Squad captures the Viking setting perfectly, making you feel like a powerful brute as you smash, hack and charge your way through various lands and bosses for the ultimate goal, treasure.