Vikings: War of Clans extends the Plarium franchise with another MMORTS game that takes the level of polish and strategy further than their past releases in this space. This time around as a departure from the medieval you’ll be taking control of your own Viking tribe on browser, iOS and Android. While this Viking adventure is not the first from Plarium it’s one of their better MMORTS experiences which has been achieved by taking the core success from their other titles while making a greater investment in visual and audio design. 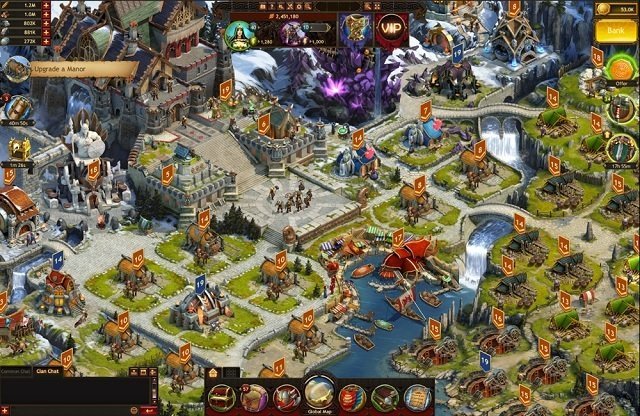 The opening of Vikings: War of Clans is exactly what you would expect with a Viking warrior greeting you as Jarl (chieftain) and helping you create the basics for the future expansion of your Viking empire. This means that you’ll be introduced to and construct all of the vital buildings being the farm, lumber mill, mine camp and barracks while also learning the basics of the upgrade based knowledge system to provide you with powerful boosts in key game areas.

This group of 4 buildings provides the primary resources of the game being food, wood and stone while also allowing you to recruit fighters for your clan. Other mineral resources (such as iron, silver and gold) are introduced later for a total of 7 resource types with their own range of resource generating buildings and uses. 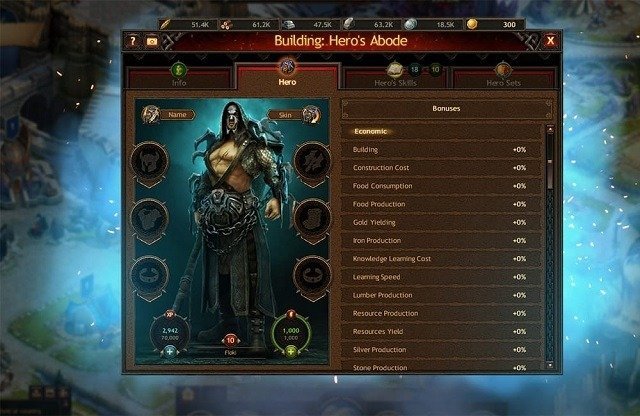 Unlike other free to play strategy titles that give you some free currency to speed up this early introduction process, Vikings: War of Clans opts for a feature that remains useful throughout the game although its effectiveness does not scale. Said feature allows anything with an under 5 minute timer to be finished instantly for free, which does away with most waiting for your first few hours while also avoiding those annoying moments later on when you find yourself logging into your account just a little too early. It also has the benefit of more active players being able to shave off 5 minutes on all their buildings which can substantially add up over time to a reasonable advantage.

From here Vikings: War of Clans falls into the usual gameplay pattern of the genre with resources that are generated from the aforementioned buildings being saved up and invested into better production, efficiency and upgrades and unlocking more content in general. This strength is then utilised in raids on PvE locations or attacking other players through the PvP options. 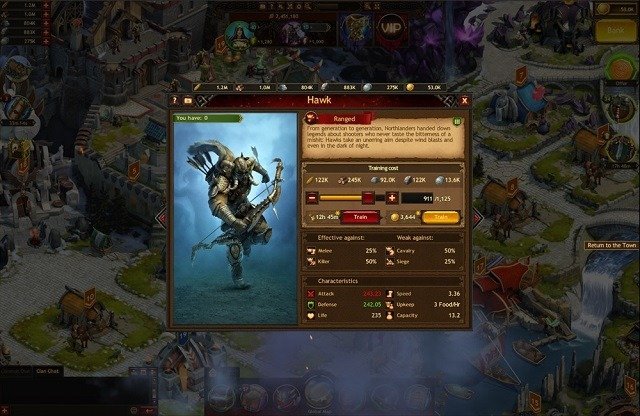 While core mechanics are nothing new to the genre, Vikings: War of Clans achieves a great level of production values and depth in every element through leveraging Plarium’s past vast experience in the genre. This is most evident through the music which is quite aesthetically pleasing and visually your settlement is colourfully striking which includes a number of animated characters going about their daily business to add that aspect of realism and polish.

Meanwhile gameplay depth comes from the strong host of buildings, large knowledge tree to push your Vikings into a particular strength and a hero system which lets you develop a unique unit with items and skills for the battlefield and adopts some basic RPG elements. Overall Vikings: War of Clans has plenty of content for fans of this genre to play over a substantial period of time and features some of the strongest levels of polish in the genre to date.

This review was first published on December 30, 2014. Read our update policy to learn more.