Even with a wealth of video game content to explore in the gaming industry the number of games that explore Norse mythology in detail are still somewhat limited and even more so in the action RPG genre in particular. Vikings: Wolves of Midgard aims to counter this trend though with a Diablo inspired title that draws on the cold Viking history and myths from their time for inspiration. 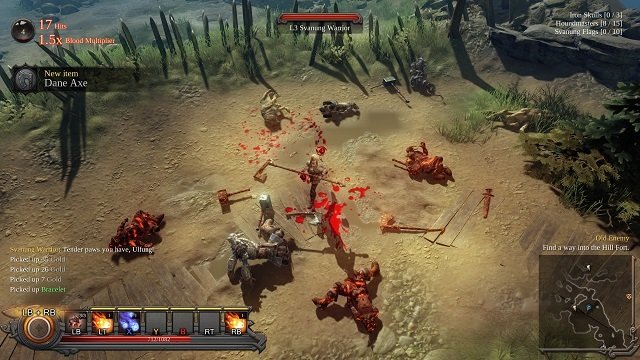 Central to this is the familiar story of Ragnarok where the legends talk about the coldest winter ever known at which time the supernatural Jotans will emerge and stand up against the Gods of Asgard themselves. Players join Vikings: Wolves of Midgard in the middle of a potential Ragnarok event with fire and frost giants awakening that requires players and their clan (Wolves of Midgard) to rise to the challenge and fulfil their destiny tied to the end of the world.

Playing as the clan chief (male or female) of this Viking clan players will adventure across the lands to push back the latest arrivals of fiendish creatures. This journey will of course not be easy and take players across a diverse roster of real world and fantasy locations. You won’t be completing this journey with a blanket Viking character though with a full range of customisation to create your own Viking warrior with gender, hair, jewellery, tattoo and beard options to name a few. Players can also opt in for the Valhalla Mode for an additional challenge giving players only a single life to achieve everything required. 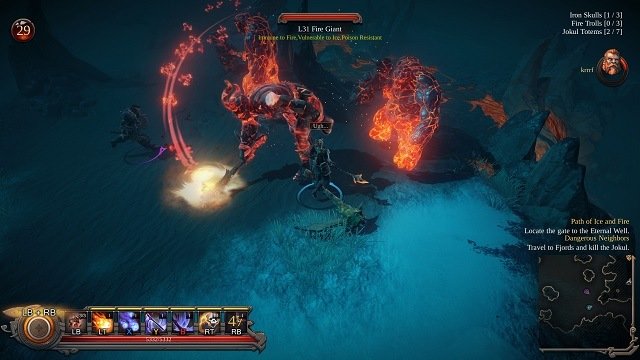 Alongside the visual customisation you’ll pair it with your own Deity choice which defines your class with the likes of sword and shield, dual wielding, two handed weapons, bows and magic. Each Deity has a familiar name with Tyr, Loki, Thor, Skathi and Odin respectively and a distinct skill tree that provides abilities when equipped with the correct weapon type. While players are free to swap between these five options at any time you’ll only be able to unlock their full power if focused on as your primary experience method comes from the blood of your slain enemies. Although the New Game+ variant does give you greater access across these classes for those that want to replay the adventure after the first completion.

With your character decisions finalised players will step foot into a world of darkness and combat. Said world offers some room for exploration with side quests littered throughout the otherwise linear main story line environments which include cold mountains, settlements and other fantasy inspired settings. Along the way in traditional action role playing design you’ll acquire gear, skill points and other sources of progression which ensures you go from a basic Viking with only a few abilities to a diverse and powerful fighter capable of countering the diverse roster of enemies that you will face. 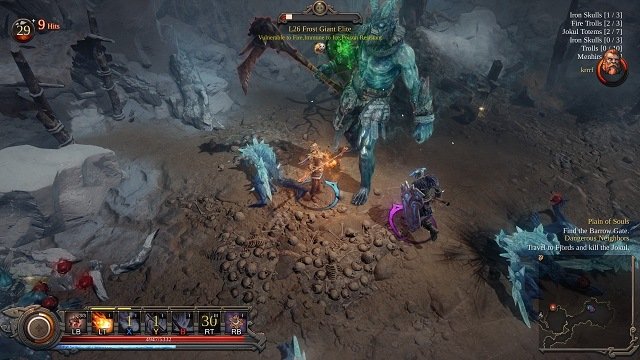 Combat is where you’ll spend most of your time of course with Vikings – Wolves of Midgard offering a fast paced flow that focuses around a mixture of basic attacks, dodges and your available skills which unlock over time as you use a particular weapon (each linked to a Deity as noted above). Other mechanics of Vikings – Wolves of Midgard are kept streamlined with item crafting, stat points, potions and even skills designed so that they are easy to grasp and manage which keeps you focused on the action than having to spend ages considering points distribution. Other subtle game mechanics also make for an interesting experience such as dealing with the elements that require you to balance your exposure to the cold air with the lit fires spread across maps.

This review was first published on June 16, 2014. Read our update policy to learn more.