Villagers and Heroes (previously known as A Mystical Land) is a free to play MMORPG with cross platform functionality across Windows, iOS and Android. Featuring a 3D fantasy world that has familiar elements of similar titles you’ll be able to progress your account across platforms with full cross-play support. Offering a simple and accessible title on the surface as you advance you’ll uncover the underlying depth across a range of activities and mechanics that provide you with MMO longevity. 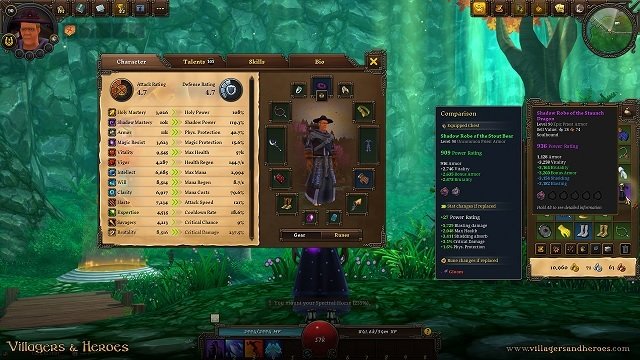 Taking place in a fantasy world that has been shaped by the sacrifice of four legendary heroes that once stood against evil in eras past. Having successfully pushed the evil Mallok back into the depths of shadow light was temporarily restored to the world and for a time saw peace and prosperity that allowed settlements to be established across the islands and continents. Darkness is never truly banished though and once again rises from the corners of the world to reclaim what was lost and gives players the opportunity to stand for the side of good.

Creating a character to step into this world of growing evil players can create an avatar that starts in the Elden Forest on Ethos Island and provides the basic overview you need to survive. As you would expect of a MMO character creation also allows players some basic customisation to their avatar with gender, height, hair and origin to be mixed and matched for hundreds of variations. During this creation players must also select one of the 5 game classes, starting inventory set and choose gathering, crafting, gardening and ranching skills to boost which will come into play later. 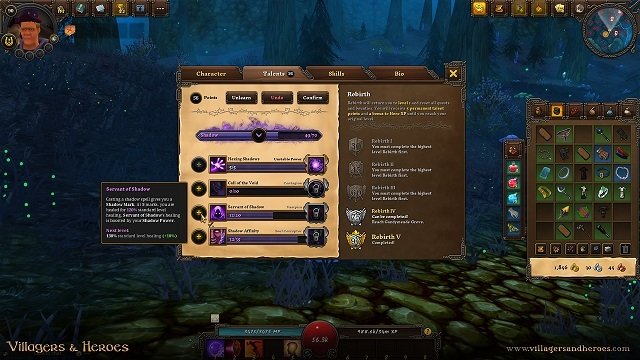 While the 5 available class choices on the surface do little to differentiate themselves from other MMOs with warrior, wizard, hunter, priest and shaman archetypes you’ll quickly notice each has their own unique spin on the genre favourites. Be it the warrior that has power over the lightning element or the priest that can wield shadow powers Villagers and Heroes does just enough to throw off your usual expectations. The small number of classes also results in each having a party role that can change based on your build such as the warrior being a capable tank and DPS character while the priest can be built solely for team support or focus on damage over time instead.

As you gain each level for your character in Villagers and Heroes you’ll be able to place points in one of your three class trees which provide your core talents. Uniquely when maxed these talents unlock an ultimate ability that can dramatically impact your playstyle by providing you with entirely new passive and active options for combat. 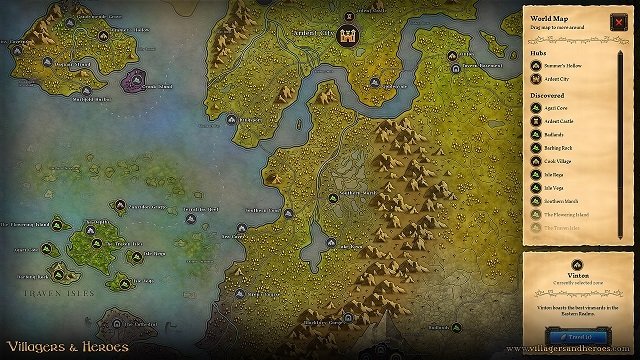 A runes mechanic provides additional depth to this combat with a similar framework that allows you to acquire active runes for new abilities, passive runes for passive gains, augmentation runes that build on your classes existing abilities and reinforcement runes that instead directly improve a character stat. While a small number of these are craftable the most sought after options are generally only located on dropped items or through Elder gear that requires you to acquire item fragments from bosses.

While building your perfect hero, exploring and completing various quests players will also have the opportunity to utilise gathering, crafting and village skills that operate in a similar manner to most MMO adventures. On the crafting side you’ll have mining, fishing, bug lore and plant lore that let you collect materials from the environment with the appropriate tool to then utilise in crafting. Through either smithing, cooking, tailoring or wood crafting you’ll take these raw resources and turn them into useful armours, weapons and potions to support your progression. Lastly is the unique set of village skills that are used in towns allowing you to grow your own vegetables and flowers with gardening or raise animals through the ranching skill.