Start from the ground floor and build up to the top in Virtual Beggar, a tap filled game where you’ll get to create a business empire on your mobile device through tap focused gameplay and astute management. Available on iOS and Android devices Virtual Beggar joins the popular mobile genre of tap based games with incremental progression and idle gameplay mechanics. 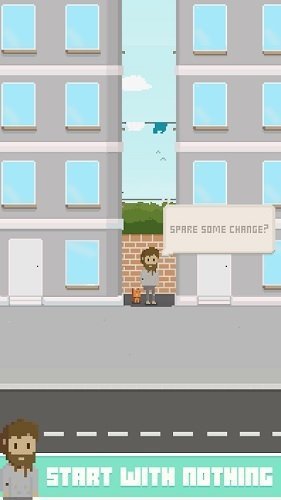 Starting with a basic tutorial Virtual Beggar introduces the simple to learn mechanics on offer which requires players to tap the screen to generate coins for themselves. With a small reserve of coins built up through tapping your screen constantly you’ll be able to invest this into workers which live in your office building and provide a passive income stream to your beggar avatar.

While the early focus is on generating all your coins from tapping and the foot traffic that passes by and are generous enough to throw you some coins Virtual Beggar quickly becomes more focused on managing and upgrading your work force in the most efficient way so that they’ll generate coins for you. The result like in most games in the genre is that eventually your investment from active gameplay will be overtaken by idle gameplay and overtake what you can earn by crazily tapping away on your device. This gives Virtual Beggar a nice middle ground between management and tap game which slowly transitions overtime and ultimately helps newcomers to this clicker craze get a taste of both worlds in a single mobile game. 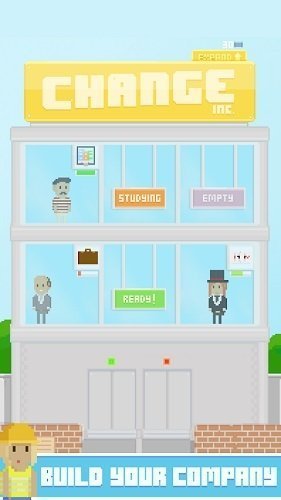 Workers can belong to several occupations and you’ll have options like builders, cooks and scientists with exponentially increasing costs as you hire more of the same worker type. As mentioned by hiring these workers and assigning them a task players can generate some passive cashflow that doesn’t need your finger activity. These workers can also be assigned to study and level up to unlock better tasks that reward more coins on a per minute basis and means you won’t have to reassign them work regularly while also generating a better return on your past investment of funds.

To provide some additional game structure and progression Virtual Beggar has a wealth of upgrades that will improve the amount of coins you can generate with tapping, improve your chance of getting high value coins from the people that walk past and many other improvements to the random temporary boosts that you’ll find along the way. While there is some optimisation in how you unlock these there is a bit more room to push your funds towards your favourite aspects of Virtual Beggar to give some sense of customisation and taking an alternative path compared to other players. 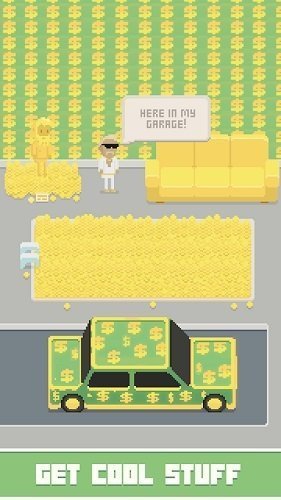 There is also all sorts of clothing items for you to use although these often take a back seat to reinvesting your dollars in money generating workers or bonuses, especially since you won’t even be seeing your beggar for most of the game but do round out the list of features and will no doubt have some attraction to visually oriented players.

At the end of the day Virtual Beggar pushes its gameplay more towards management gameplay than clicker which will please people looking for something in between but don’t quite want an entirely management oriented experience. The presentation is excellent but the beggar customisation feels a bit pointless compared to the other fully fleshed out features as it lacks an impact to your revenue generation.