The Virtual Villagers series is a collection of life simulation games originally developed by Last Day of Work for the PC and Mac. There is also an iOS and Android version of the various games which replicate the computer versions, some of which are available for free. 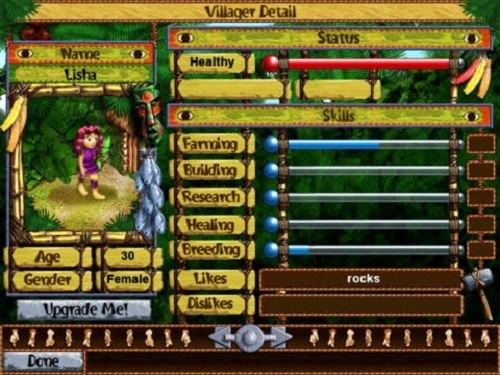 The current games in the Virtual Villagers series are: A New Home, The Lost Children, The Secret City, The Tree of Life and New Believers. In each of the games you’ll be in charge of caring for your own tribe of people and guiding them on how to survive on their harsh and unforgiving island home. In Virtual Villagers you control housing, food and technology while also having to battle sickness in your tribe. As your village thrives you will also slowly discover the secrets of the island through puzzles and exploration.

In the first game (A New Home) you’ll take control of your villagers after they have fled their previous home due to a volcanic eruption. Your goal is to slowly grow your village and eventually create a villager that has all of the five skill sets allowing you to move a boulder to open up the western side of the island which leads into the sequel game (Lost Children).

With this instalment you’ll run into a group of abandoned children and again go about creating the perfect society. The third game (Secret City) has you discovering an abandoned city and slowly restoring it. 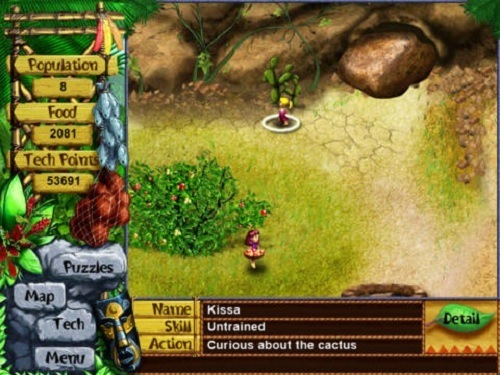 While the fourth game in the series (The Tree of Life) is the first to incorporate significant changes to the gameplay and has players solving the mysteries concerning the diminishing fauna on the island. In the final game players discover the owners of the previously discovered city and help them to rebuild their civilisation.

Virtual Villagers is an overall packed adventure that gives you great control over the lives of your tribe. In Virtual Villagers you can expect real time gameplay, hundreds of possible unique villagers, unpredictable island events, mysteries hidden around the island and a wonderful soundtrack. These features are added throughout the series to slowly create a more strategic game as you play through ecah game.

This review was first published on February 19, 2014. Read our update policy to learn more.

Games Finder is a Steam Curator and featured in the aggregate review scores data of MobyGames and Neoseeker.
FEATURED ON
Games Like Alter Ego, Games Like Animal Crossing, Games Like Village Life, Games Like Virtual Families
1 COMMENTS
LEAVE A REPLY Cancel Reply