Viva Pinata: Trouble in Paradise is the Xbox 360 exclusive sequel to the widely popular Viva Pinata. With similar gameplay but additional biomes and co-operative play the title is everything you loved from the original plus a little extra. The game was eventually made available on Xbox One through the Rare Replay compilation allowing Xbox users broader accessibility to the adventure.. 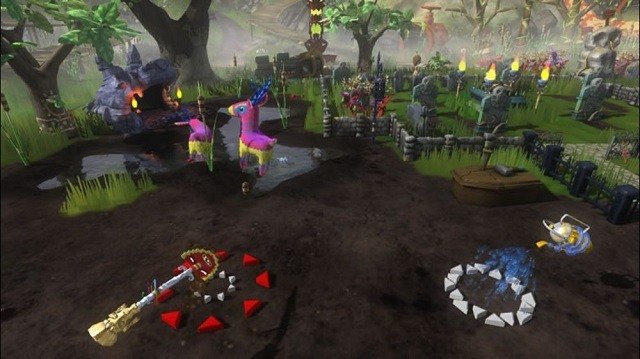 In Trouble in Paradise players will return to the magical island of the original Viva Pinata game and once again be gardener to the unique pinatas that live there. Starting from scratch players are given free reign over the design of said garden with a story backdrop to guide some of your progress. At the end of the day though Viva Pinata: Trouble in Paradise retains the sandbox design nature from start to finish with the ultimate goal driven by the player although in practice most will chase collecting them all.

The story will have you coming face to face with Professor Pester and his Ruffians gang who have wiped the computer system of Pinata Central and in turn stealing all the valued information contained therein to gain control over the entire island. In order to restore this information players are tasked with attracting every pinata possible to inhabit their custom garden which requires careful design decisions. Appear requirements for the bulk of pinata residents are straight forward requiring only a specific item like a hay bale in your garden but quickly escalate to having certain achievements, feeding them certain foods or completing certain romances which often come with hefty habitat requirements. 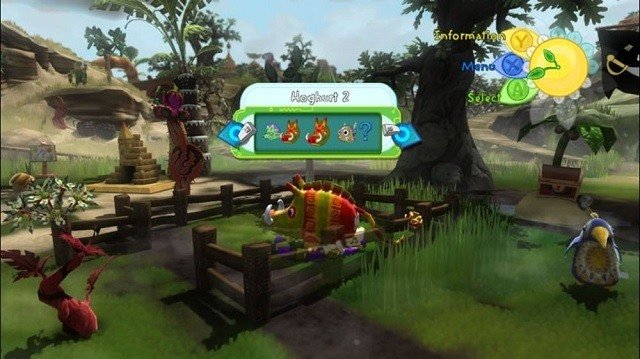 The difficulty in attracting these creatures in Viva Pinata: Trouble in Paradise stems from the fact that requirements and needs are often polar opposites that can lead to conflict. This includes pinatas that simply do not like each other like the Horstachio fighting Ponockies and Zumbugs. Similarly you’ll find required plants for one pinata are poison for another requiring careful garden design and zones to keep your pinatas safe. Raids from Professor Pester’s Ruffians and illness also can throw a curve ball into your collection plans.

In total you’ll have 88 pinata variants which consists of the original 60 and over two dozen new comers that are equally as colourful and have real life animal inspiration. he majority of these new pinatas are also quite exotic, ensuring they are harder to attract and thus providing returning players a nice challenge. These new additions are also weighted to the new biomes of Pinarctic and Dessert Desert which offer an arctic and desert biome into the mix. 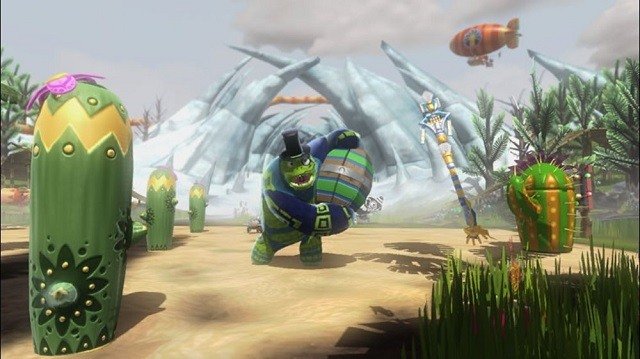 For those that have played the original title you’ll find these mechanics detailed above very similar but there are still some small tweaks here and there (mostly to the UI) that give the game a better flow. While the garden size is also similar but the amount of items and item limit have been dramatically increased for more customisation options and freedom of garden design. Mini-games also make their return with a fashion show and racing mini game to give you a break for tending to your garden.

Games Finder is a Steam Curator and featured in the aggregate review scores data of MobyGames and Neoseeker.
FEATURED ON
Games Like Animal Crossing, Games Like Black and White, Games Like Harvest Moon, Games Like Neko Atsume, Games Like Slime Rancher
LEAVE A REPLY Cancel Reply