Wakfu is a free to play MMORPG that utilises a turn based tactical combat style over more traditional MMO mechanics. The game is similar to Ankama Games other MMO, Dofus in terms of mechanics but it set 1000 years after the events of the original game. 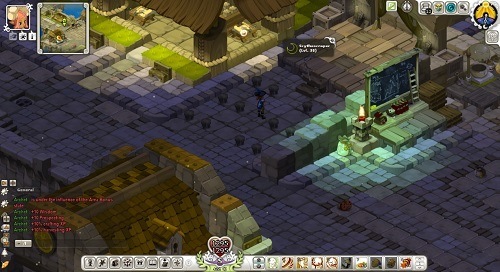 Your first adventure in Wakfu serves as both the tutorial and the story foundation. You’ll also be able to select one of the 15 available classes, these aren’t your standard archetypes either with a distinct lack of your standard warriors and mages present in the game. With some very interesting skill designs this is quite possibly the hardest decision you’ll have to make in the Wakfu universe.

Gameplay revolves around players exploring the game world completing quests, participating in the community, using the economy, impacting the ecosystem and more. Players are free to roam the game world like traditional MMORPGs although combat takes place on a turn based game field when an enemy is encountered.

With the huge range of terrain elements and enemies built into Wakfu combat doesn’t ever feel too repetitive although it is slower than other MMOs due to it’s turn based nature, this slow pacing isn’t necessarily a bad thing though as it means there is more room for strategy, giving you a real sense of achievement in your endeavours. 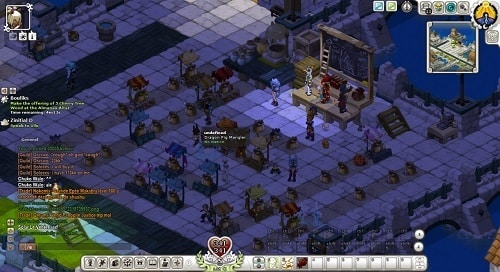 The unique features of Wakfu don’t stop at turn based combat either with a game world that is primarily in control of the users. From the ability to join the political scene and make decisions that can have wide reaching impact on players to the ability to actually claim a piece of game area and develop it with your guild.

The most notable feature of Wakfu though is the influence that players have on the game ecosystem. You won’t find mass re-spawning in Wakfu which actually allows entire species of enemies to become severely diminished in an area or extinct entirely for a period of time.

This review was first published on March 16, 2015. Read our update policy to learn more.

Games Finder is a Steam Curator and featured in the aggregate review scores data of MobyGames and Neoseeker.
FEATURED ON
Games Like Aura Kingdom, Games Like Fire Emblem, Games Like Heroes of Might and Magic, Games Like XCOM
LEAVE A REPLY Cancel Reply