Launching on the iOS platform Waking Mars is an interesting exploration of Mars that takes you through the depths of the red planet with a trusty jetpack and unique ecosystems. While the graphics are a little basic the unique interactions you’ll have ensures this adventure is unlike other you’ve had before. From the original mobile success Waking Mars was also released on the Steam platform where it was similarly well received by a niche game audience. 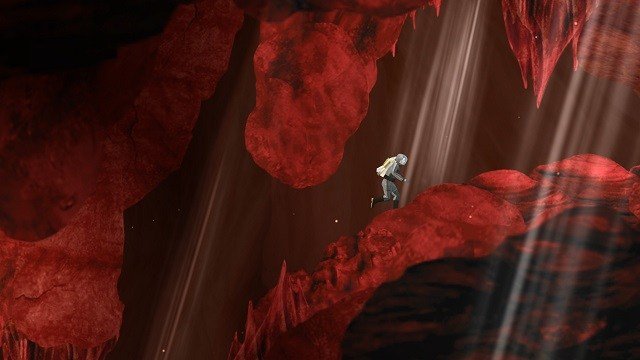 Set deep into current century players find themselves in 2097 on the first contact mission to Mars with humans landing on the red planet that is our neighbour. Your objective in Waking Mars is to escape the large cave system that you find yourself trapped alone in after unknown circumstances. With no weapons and only your knack for science you’ll have to adventure through the crumbling cave network while mastering the foreign ecosystem to escape and make a decision that you would not have expected to be confronted with at the start of your journey.

Waking Mars oozes uniqueness with few adventures offering a comparable gameplay mechanic or styling which has allowed it to please a niche audience in the adventure genre. This primary mechanic that will serve you from start to end involves planting, researching and manipulating the ecosystem around you to accumulate biomass and move from one cave area to the next. 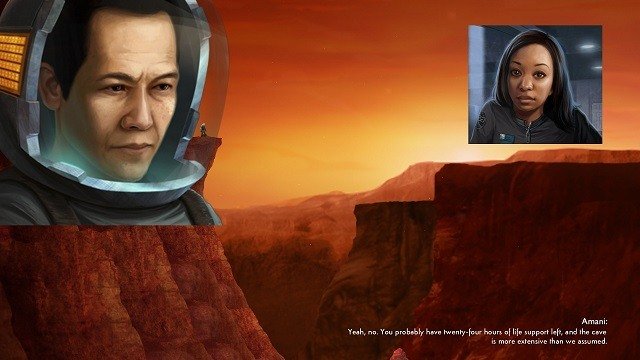 At a basic level this mechanic in Waking Mars requires players to place plants into the environment that produce biomass. For example you’ll find green Halid Seeds that can grow the Halid Zoa with fed blue seeds or use these blue Hyrdron Seeds instead to produce more blue seeds. Balancing all of your resources and when to plant the appropriate seed thus becomes the main mechanic you’ll need to master and seeing the interactions that this has on Mars itself is particularly satisfying.

With this foundation you’ll start to discover more plant combinations and even creatures that interact with each other and you in unique ways which can be used to pass obstacles or generate biomass. Some of these discoveries are much more dangerous than others which can reset your game if they are able to take all of your available health pool away. Mastering all these interactions is really what the adventure is all about and it results in an enjoyable sense of discovery and eventually mastery of Mars. 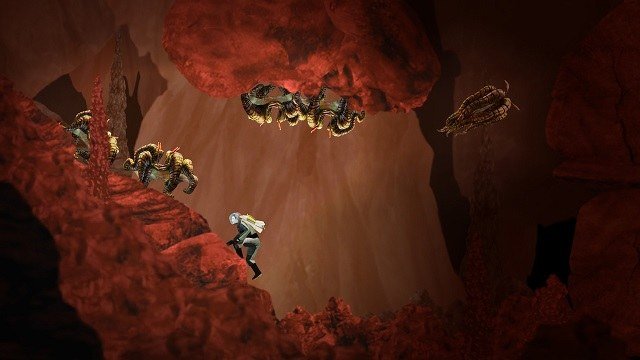 To assist you with this journey of discovery and sometimes avoidance of threats you’ll have a handy jetpack to move around the cavern with speed and make height no obstacle. While it’s not used a significant portion of game time it’s an important touch that makes movement less of a chore that many adventure games sometimes find themselves trapped in.