Walking War Robots lets you step into your own war machine on your mobile device or PC as you battle it out against other players in quick matches to earn prestige, currency and ultimately advance your mech abilities. Offering a wide range of robots for you to take into battle and a steadily growing community of robot drivers Walking War Robots is one of the few games offering this sort of gameplay particularly in the mobile space. 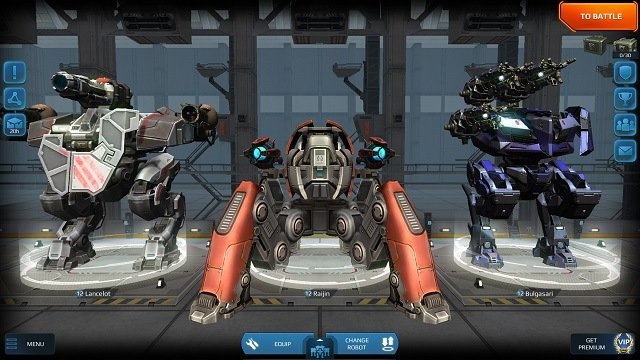 Matches take place on a variety of open maps in 6v6 domination battles where you’ll want to either focus on capturing map points or wiping out the entire enemy team to have free movement to the points. This keeps each engagement quite short (around 5 minutes on average) which of course is perfectly suited to the mobile environment and equally suitable to the PC environment.

Depending on the time of day though and your device strength you can definitely take up to a minute finding a match which hurts the ratio of gameplay to menu hoping on mobile significantly. The benefits of these short games does offset this somewhat though as players won’t get trapped in a one sided game for an excessive amount of time and additionally earn a steady stream of in game currency rewards. Despite this regular flow though there is still a grind to Walking War Robots and one that has been steadily increasing since original release while increasing the prevalence of microtransactions. 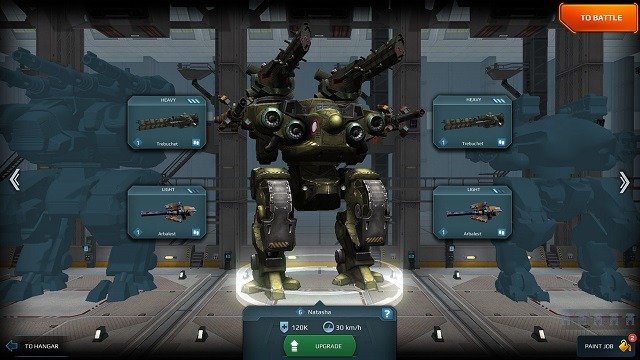 On the gameplay front things are fairly solid in Walking War Robots, while it will take some time to master the controls they are well designed with mobile in mind and give you enough tools to have some say in the result of combat (such as strafing, turning your head (and weapons) independently from your body or peeking in and out of the terrain). Walking War Robots also utilises a somewhat dynamic damage system that can have your individual body parts being damaged as you reach low health and impacting your play (such as crippling a leg) which for a free title is impressive to see.

Similar to other vehicle based combat video games players will manage their own robots in the hangar. Here you can house multiple robots with different layouts to give each game a different strategy depending on your mood. This could range from a fast robot focused on short ranged combat to slower more durable fighters relying on long ranged missiles instead. These options are left mostly up to the player who can take the basic robot models (over a dozen) and customise the two weapons attached to their liking and also upgrade them to more powerful variants. 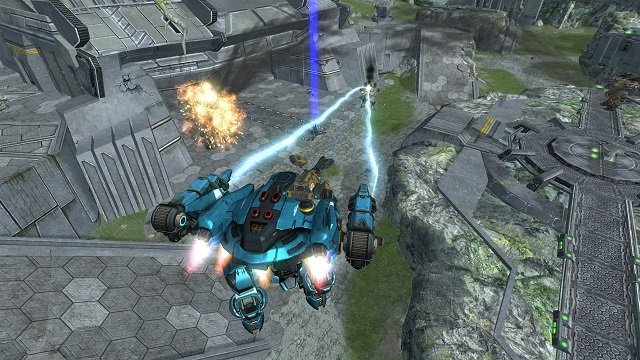 For vehicle combat on a mobile device there isn’t an option that compares to Walking War Robots although some of the gloss is lost in the PC version where other alternatives are available with higher production values and more rewarding in game systems for progression.

Games Finder is a Steam Curator and featured in the aggregate review scores data of MobyGames and Neoseeker.
FEATURED ON
Games Like Battlefield, Games Like War Thunder, Games Like World of Tanks
1 COMMENTS
LEAVE A REPLY Cancel Reply