Put a galaxy into your pocket and improve your fitness while doing it as every step you takes recharges your own spaceship to explore the galaxy in Walkr – Galaxy Adventure in Your Pocket for your mobile device (Android and iOS). Designed to encourage you to exercise more this fitness app gamifies the exercise process as you are rewarded for every step that you take with social options allowing you to compete against others or friends with the Walkr app. 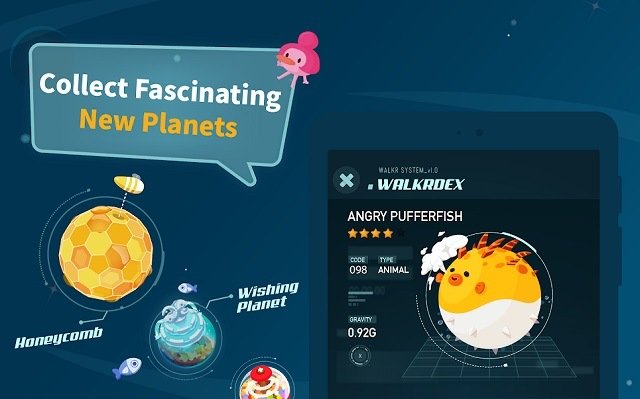 The premise of Walkr – Galaxy Adventure in Your Pocket revolves around the exploration of various planets with your rocket ship with fuel being tied directly to the number of steps that you have taken. Players that exercise regularly and take their phones with them to record the steps complete will be able to rapidly boost their game through power which is generated with every single step and combined with other resources for progression.

Gameplay is fairly simplistic in Walkr – Galaxy Adventure in Your Pocket with players taking control of their spaceship the Explorer and claiming other planets to produce resources in increasing numbers. Your first such planet is a Swamp of Crocs which will generate gas for you to turn into coin profit that is also an important game resource. The planets you discover though will need a healthy stream of food to remain operational though which can be generated by building food structures on your currently available planets. There is a lot going on in Walkr as these resource mechanics are all linked together closely and while it can be difficult to comprehend how they all function to begin with eventually it will become second nature. 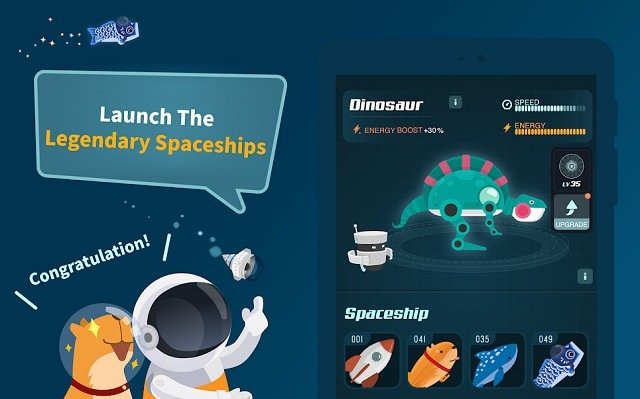 With your coin currency players can purchase new ships, upgrade planets to improve their output and explore more of space which creates a never ending cycle of upgrading your resource generating galaxy. With resources earned not only through walking this gives players some ability to play and spend currencies when not being able to actively walk such as bad weather. The bulk of your progress is still linked to ship fuel though that is only available via walking so don’t expect to be able to play for long periods without a walk in between game sessions.

Comparing yourself to friends and other players through the ranking system is the primary method of longevity that the Walkr utilises. While the primary mechanics on offer in Walkr have been offered in similar walking motivation apps before the game does combine them with more traditional gaming mechanics to help it stand out as more than just a sole fitness app. 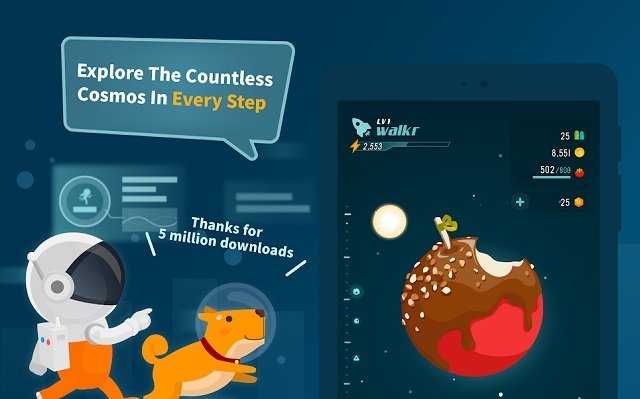 Making unique use of this phone functionality and pairing it with a simple game might not be a new idea on smartphone devices but Walkr – Galaxy Adventure in Your Pocket has managed to finely balance the formula while delivering a visually attractive title at the same time.

Walkr – Galaxy Adventure in Your Pocket