Many games have tried to revived the Dungeon Keeper franchise but none have come as close as War for the Overworld a fan made game born from the realm of Kickstarter. With Richard Ridings providing voice acting for the game it is already half way there. 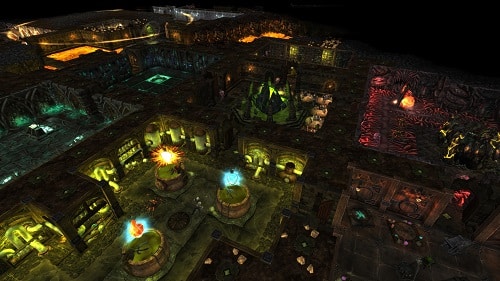 Offering campaign, sandbox and multiplayer War For The Overworld is set in a similar dark setting to that of its spiritual predecessor. Playing as an Underlord who has finally awakened to lay claim to the world you’ll pillage both Underlords and Heroes alike across a varied campaign.

To achieve this objective players will construct their own dungeons filled with traps and dark creatures that are attracted to your dungeon based on the buildings you provide.

As such gameplay is comparable to the original Dungeon Keeper with players digging out their desired dungeon and then building one of the many game rooms. War For The Overworld is a little stricter here though with most maps involving large spreads of indestructible rock, limiting your dungeon customisation. 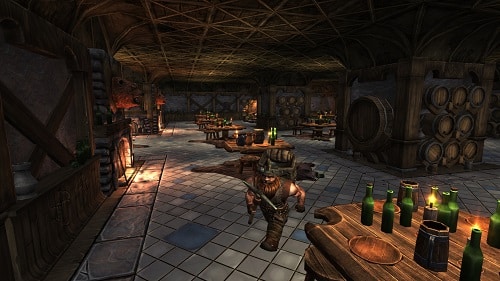 Rooms are in line with what you would expect from training rooms to increase your enemy levels to the Archive that allows research. War For The Overworld shines in room design with some very fresh ideas in this department. Most notably the Beast Pen that spawns more disposable minions so you don’t need to put your primary ones at risk in battle and the Alchemy Lab that allows you to craft potions for bonus effects.

While the campaign feels short and can be completed in an afternoon by veteran keepers it’s enjoyable none the less although the story feels a bit thrown together. There is no shortage of additional content from the large community though via sandbox and multiplayer to boost gameplay.

Games Finder is a Steam Curator and featured in the aggregate review scores data of MobyGames and Neoseeker.
FEATURED ON
Games Like Dungeon Keeper, Games Like RimWorld
LEAVE A REPLY Cancel Reply

War For The Overworld