Warfare Incorporated is an older real time strategy game that originally released in 2003 for a range of operating software including Palm OS. With the advent of mobile devices the game was eventually ported over to iOS (discontinued) and Android devices to carry over the legacy of the game while also releasing as an open sourced version called Hostile Takeover (available on GitHub). 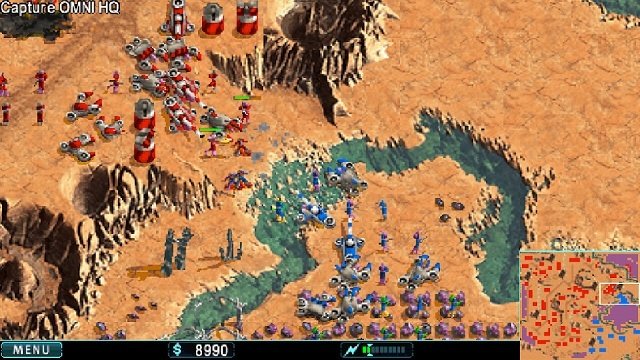 Warfare Incorporated is set far into the future where the world has been reduced to two super corporations fighting for control of resources across the entire galaxy. Known as ACME and OMNI the heart of the recent resurgence in combat is the discovery of a new planet in the distant solar system known as Icarus. With fresh unclaimed resources available both corporations quickly seek to move in and claim it for themselves as the planet contains galaxite a rare mineral which is vital to teleportation based technologies.

Your role in this conflict is that of a junior executive in the underdog for planetary control ACME and part of the original team that discovered Icarus. In order to protect your finding you’ll battle across campaign missions while raising through the ranks and unlocking strange alien technologies that are uncovered during your resource extraction. In total players have access to 41 missions for single player and multiplayer gameplay that take place across the planet surface although this can be expanded with hundreds of add on mission packs. 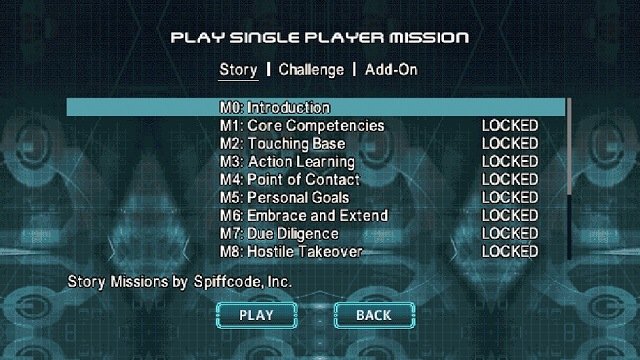 As is traditional for real time strategy games new units and structures are introduced slowly to expand on your available strategies and provide a mixture of defensive and offensive options. Structures themselves are fairly basic with options for resource generation, resource storage, unit creation and research. Base units include security guards that serve as cheap scouts, rocket troopers to counter vehicles although slow to move and the corporate raider who can capture buildings but are extremely vulnerable.

The majority of units in Warfare Incorporated are vehicle based though with 7 available that have different costs, armour, damage, speed and range. Options include the scout tank known as the SR-98 Eagle, the mortar cannon T-29 for building destruction to the most expensive H-7 Dominion that serves as a transportable headquarters although is a one time placement. As with any strategy title players will find they need a balance of units while giving consideration to any possible counter units available for the current situation. 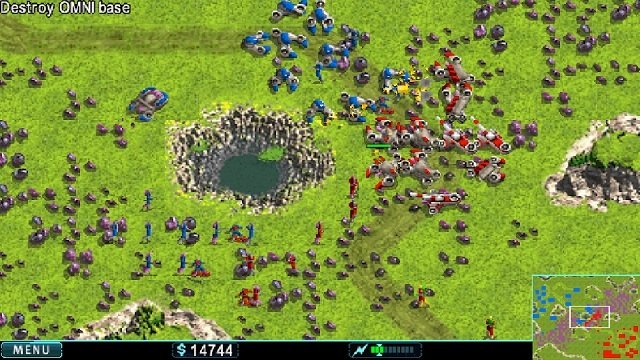 While the age of Warfare Incorporated does hinder the experience somewhat the free to play free price tag attached to this classic real time strategy game which on original release was widely praised makes it still worth a playthrough.

This review was first published on January 28, 2014. Read our update policy to learn more.