Warframe is a premier free to play shooter and action RPG hybrid that has maintained a significant game population since an original 2013 release on Windows. Since this time Warframe has expanded to various consoles and released a number of expansions that significantly expand the original core gameplay. 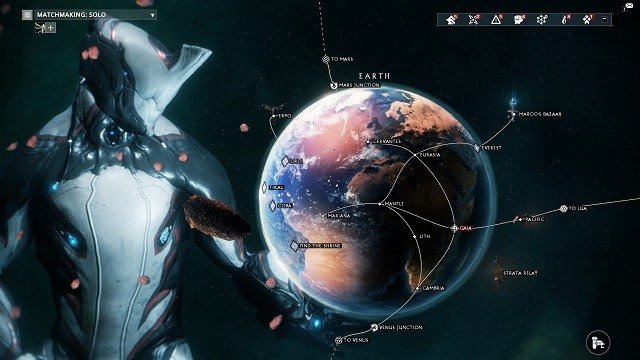 Warfame adopts a sci-fi twist to its story and setting with players propelled into the future where the Tenno warrior race have emerged from a long cryosleep ready for battle. Without their memories they find themselves surrounded by enemies with similar origins on the futuristic but run down Earth environments. Fighting against the Grinner (human clones), Corpus (corporation robots), Infested (virus infected) and Sentients (replicating robots) players have many challenges before them that require them to draw on their warrior skills and empowered equipment. In Waframe this sees players utilising the Tenno warriors powerful armour known as Warframes and other special abilities based on their Warfame selected to survive the onslaught and improve their abilities for the final battle.

Your Warframe suit is the heart of your experience with players obtaining blueprints from the market and certain enemies amongst other game requirements. With a blueprint in hand players must also have the necessary game resources to craft the suit before it becomes available for use. To start players can pick from the Excalibur, Mag or Volt suits which each have their own style although can be each be obtained during gameplay later if players aren’t happy with their initial choice. 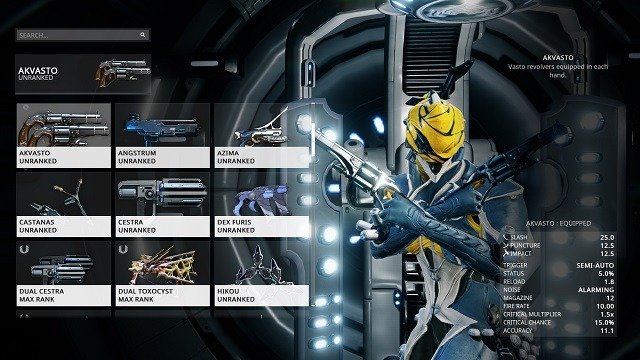 Each suit has various statistics across health, shield, armour, energy, speed and ability which all create a class theme such as the starting classes of swordsman, magnetism and electricity. With over 80 of these Warframes available every player has one that is ideal for their playstyle which can be further modified through mods and add-ons that can either push them even further into a particular strength or cover a weakness. To give you a sense of some options you’ll find things like resistance, damage, reload speed, shield recharge and countless others. As players progress through Warframe missions you’ll slowly build a library of options and unlock advanced game mechanics that let you tweak a significant amount of your Tenno warrior setup. With options to swap your equipment between each game you don’t ever need to stick to a single combat path.

With your ideal Warframe from your current options equipped players can step into the Warfame core gameplay loop which is designed with four player co-operation in mind and has a similar fast paced focus to something like Borderland’s co-operative experience or Left 4 Dead. Centred around different missions players will accept various objectives and with their squad complete these objectives while moving through a randomly generated map of tiles and fighting against one or more opposing factions. At conclusion players will earn their mission rewards which includes Credit currency, resources, mods, blueprints and experience (Affinity). Speed is often the aim of the game which your Warframes are suitably equipped for with options to roll, sprint and slide in quick succession. 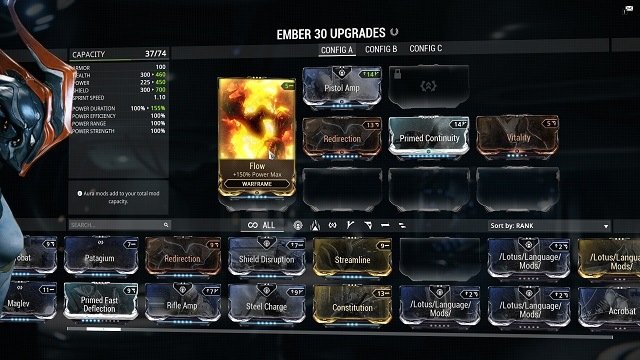 The depth of Warframe and the continued growth of the game ensures that no player will ever be short on content or focus to acquire resources, experience and game currency for as they seek the coveted highest game difficulties. Combined with the randomised level layouts that take a page out of Diablo’s books and the sheer amount of customisation you are guaranteed to always have opportunities for a varied experience.