Warhammer: Mark of Chaos is a real time tactics title that draws from the Warhammer universe for inspiration. Launched in late 2006 an expansion by the name of Battle March was released two years later and accompanied with an Xbox 360 version. 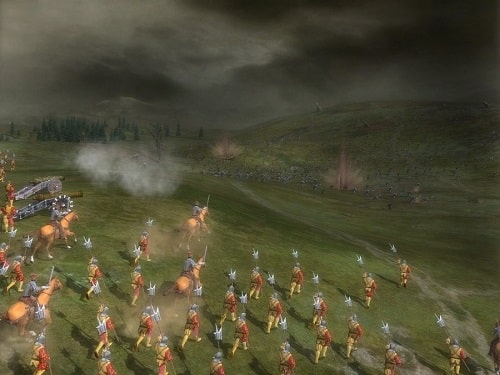 Set in Warhammer Old World the game follows the Empire mostly as they rebuild and recover a year after the Great War that was waged against the forces of Chaos. While the Choas warbands have been scattered they still persist with constant raids again the isolated villages on the fringe of the Empire. Without the resources to stop them the Empire is once again under the threat of Chaos.

In this Warhammer themed title players will get to explore two separate campaigns, one from the Empires point of view and another one through Chaos eyes. While taking place in the same general setting the events that take place are somewhat different. Other races that make an appearance (and playable outside the campaign) include the High Elves and Skaven with players on Xbox 360 or the Battle March expansion also having access to the Orcs and Dark Elves, along with an additional campaign.

Gameplay elements are a mixture of real time strategy and real time tactics although do not contain resource gathering and base building in the traditional sense. Instead each battle is focused more on employing the correct strategy with your given troops and using the terrain to your advantage. Units also have morale and stamina which needs to be managed otherwise they’ll flee the battle or lose defence and speed. 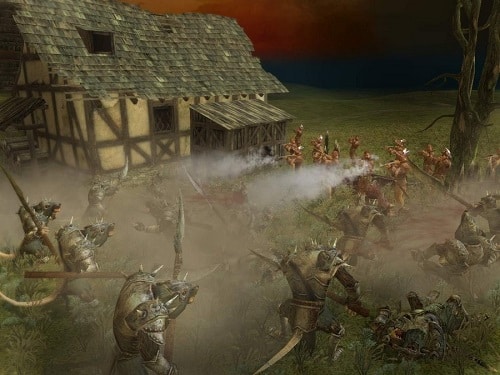 Hero units also need to be carefully managed, this individual units have a great deal more power than your average unit and can also unlock a number of abilities which are gained by fighting enemies. For further customisation a number of weapons, armours and even potions can also be obtained through the campaign for additional statistic bonuses. Many of these are acquired by accepting side quests during the campaign.

Ideal for Warhammer fans this title is a decent strategy game, although the tactical elements never really evolve beyond the first few missions. This is then combined with less than stellar story and cut scenes which makes it a little too dull.

This review was first published on January 28, 2014. Read our update policy to learn more.

Games Finder is a Steam Curator and featured in the aggregate review scores data of MobyGames and Neoseeker.
FEATURED ON
Games Like Halo Wars, Games Like Total War
LEAVE A REPLY Cancel Reply